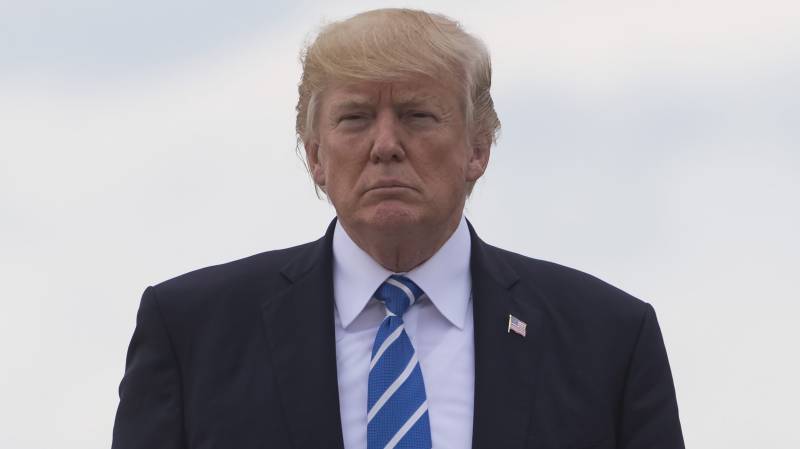 President Donald Trump said on Friday he was elevating the status of Pentagon's US Cyber Command to help spur development of cyber weapons to deter attacks and punish intruders.

In a statement, Trump said the unit would be ranked at the level of Unified Combatant Command focusing on cyberspace operations. 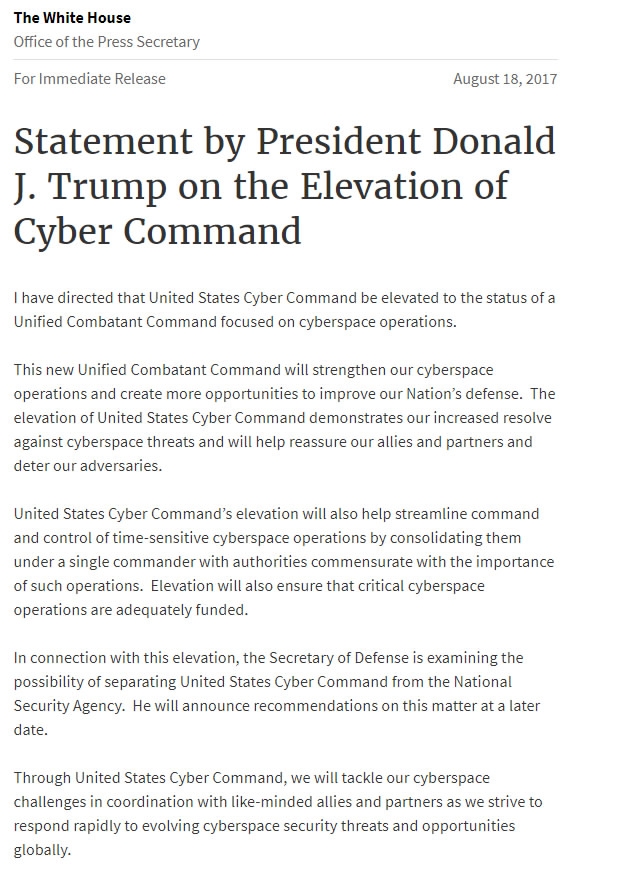 Statement by US President Donald Trump on the elevation of Cyber Command. /White House Photo

Cyber Command's elevation reflects a push to strengthen US capabilities to interfere with the military programs of adversaries such as DPRK’s nuclear and missile development and ISIL's ability to recruit, inspire and direct attacks, three US intelligence officials said this month, speaking on the condition of anonymity.

Cyber Command had been subordinate to the US Strategic Command, which is also responsible for military space operations, nuclear weapons and missile defense.