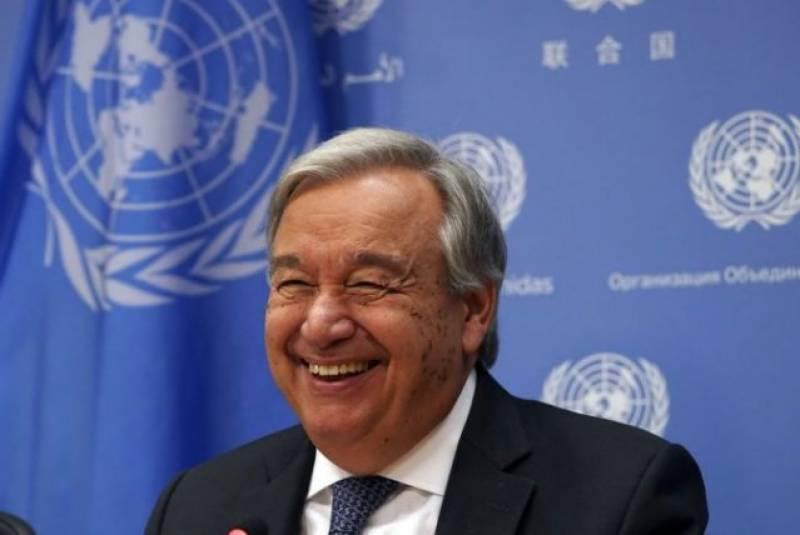 The UN chief said that the experts were authorized to start a probe under the Security Council resolution that endorsed the 2015 nuclear agreement with Iran, which the United States blames for the attacks.

The UN experts "have already left for Saudi Arabia and obviously they will be doing their job according to the mandate that the Security Council has given them," Guterres told reporters.

While saying that he would wait to see the results of the investigation, he said he "strongly" condemned the attack.

"I think this attack is a dramatic escalation in the Gulf and I believe that we absolutely need to stop this kind of escalation," he said.

"If there would be a major confrontation in the Gulf, it would have devastating consequences for the region and globally," he said.

The 2015 resolution, endorsing the nuclear deal from which US President Donald Trump has withdrawn, authorized UN experts to investigate suspected discoveries of Iranian military hardware.

US officials say that the attack on the Abqaiq oil complex originated on Iranian soil despite a claim of responsibility by Yemen's Huthi rebels, with Washington casting doubt on the insurgents' capabilities.

Riyadh said Wednesday the attacks were "unquestionably" sponsored by Iran.

Iranian President Hassan Rouhani has backed the claim by the Huthis, who enjoy support from Tehran and have been hit hard by a Saudi-led military campaign that has contributed to a humanitarian catastrophe.

Diplomats said that UN experts were also being sent under a Security Council resolution on Yemen due to the Huthi rebels' claim of responsibility. -APP/AFP