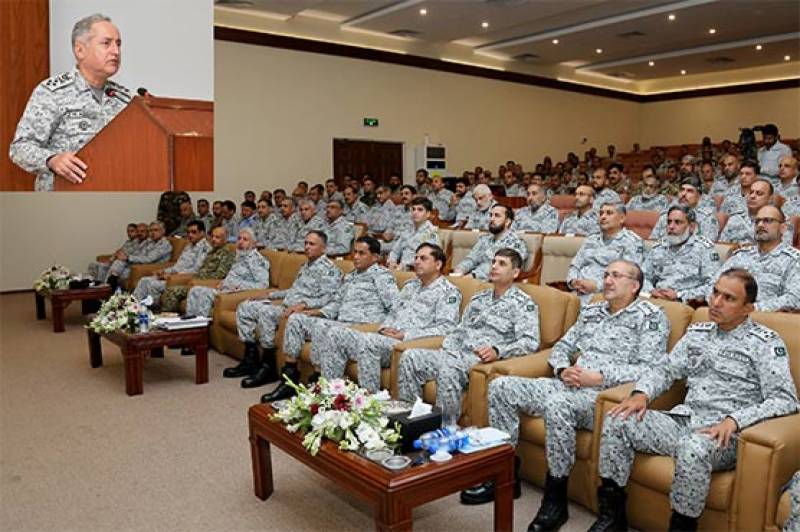 *KARACHI - **Pakistan Navy Chief Admiral Zafar Mehmood sends a stern message to India over any misadventure against the country.*

*Naval Chief Admiral Zafar Mahmood Abbasi has said that Pakistan Navy is fully capable and prepared to respond to any misadventure by the enemy.*

“Modi government is a product of Hindutwa ideology of RSS and is likely to follow radical oppressive policies in occupied Kashmir which may lead to a conflict with Pakistan to divert world attention from Kashmir,” said Admiral Zafar Mahmood Abbasi while addressing a concluding ceremony of Pakistan Navy’s war exercises “Shamsheer-e-Behr and Tarseel-e-Behr” in Karachi.

The Naval Chief said the geographical and political environment in the region has become much complicated after India’s illegal annexation of occupied Kashmir, adding that India’s jingoistic attitude has posed a serious threat to peace in the region.

He said war exercises carry special significance in the improvement of operational preparedness.

Admiral Zafar Mahmood Abbasi expressed satisfaction over the successful holding of the war games and the proposals. He thanked the Army, Air Force and representatives of other ministries for fully participating in the exercise.

The session was attended by a large number of senior officials of the three Services and concerned ministries.