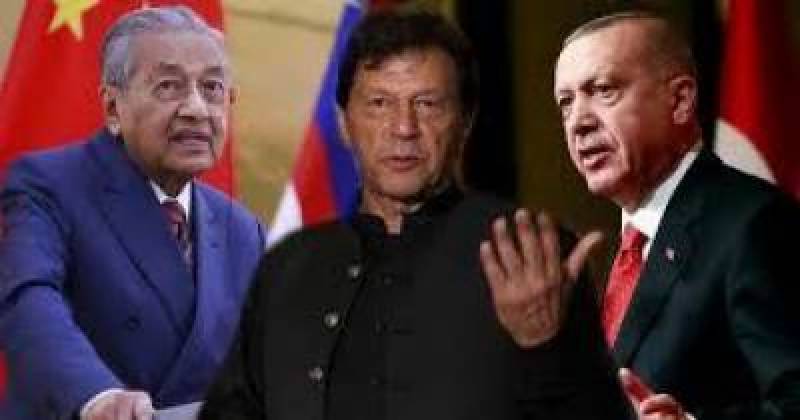 In an exclusive interview with Anadolu Agency in the capital Islamabad, Alvi said the Malaysian premier’s proposal is very important and joint venture of three big Muslim countries would help the Muslim world.

He also thanked the Turkish government and people of Turkey for their support on Kashmir issue.

Q: Mr President, could you tell us what’s the Indian aim behind the current move in Kashmir of removing its special status and dividing it into two union territories? And what is the possible solution of this long-standing issue, if India would not follow UNSC resolutions?

Arif Alvi: First of all, I must thank the government of Turkey and the people of Turkey of having stood by the people of Pakistan in all times of need and for taking very bold stand on Kashmir, exactly reflecting on the law and 11 United Nations resolutions on Kashmir.

The Indian prime minister [Jawaharlal Nehru] when he went to the United Nations on the Kashmir issue. He went to the UN and promised a plebiscite in Kashmir to ask for the opinion of Kashmiri people on their fate and they kept on promising the same until the mid-'60s. But later, the Indian government started changing [its attitude] and then Pakistan and India went into Simla Agreement which meant bilateral discussions. But, [since then] at all international forums India discourages discussions.

But despite that, since 1972 when we got into the Simla accord, India has not held a single meeting on Kashmir and today they make a statement that Kashmir is an integral part of India. That's not the only issue which worries me, the issue which worries me is that [Indian Prime Minister Narendra] Modi’s government subscribes to an RSS [Rashtriya Swayamsevak Sangh] philosophy which is very similar to [Adolph] Hitler’s philosophy of ethnic cleansing of handing the minorities and suppressing them. After the Gujarat riots, after which no democratic government in the world was ready to give Modi a visa, that pattern continues [in India]. That pattern continues in Kashmir, even in Assam, making the people of Assam and Bengal -- about 4 million Muslims -- stateless.