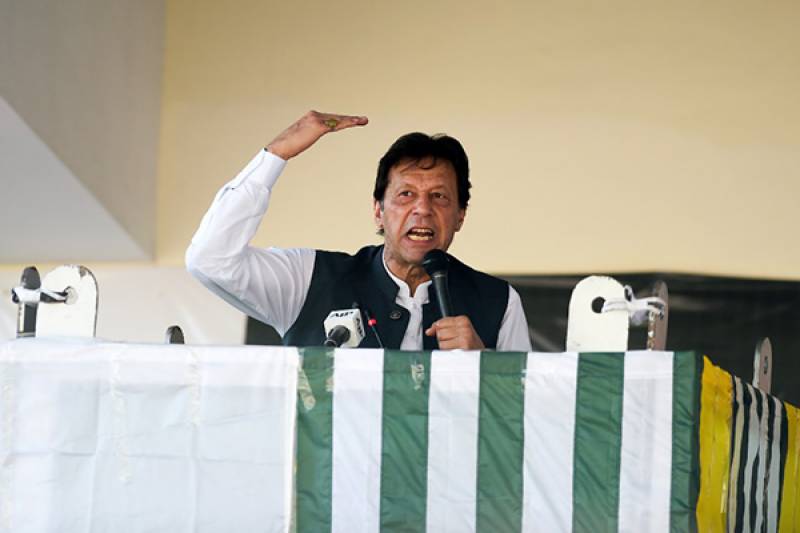 ISLAMABAD - Prime Minister Imran Khan warned in an address that anyone who gears up to fight jihad in Kashmir would hurt Pakistan’s cause, as tension soars between India and Pakistan over the disputed region.

He maintained that Indian authorities are waiting for “any excuse” to crack down in the Himalayan region. Khan promised again to take the issue in United Nations General Assembly next week.

Tensions have brewed over Kashmir, parts of which are administered by both India and Pakistan, since India on Aug. 5 scrapped the special status of Kashmir to revoke the autonomy of the region under its control. Since then, leaders of both countries have been escalating war of words.

Delhi has warned Pakistan time out of numbers as it long alleged to be using proxy militant groups in Kashmir—was planning attacks.

On the other hand, Islamabad has vowed to support the Kashmiris following the move and publicly shamed India of carrying out a strategic and potential “genocide” in the region. India has flooded its side of Kashmir with troops in a security crackdown to prevent any violence, flaring up outrage in Pakistan.

“If someone from Pakistan goes to India to fight… he will be the first to do an injustice to Kashmiris, he will be the enemy of Kashmiris,” Khan said during a speech in Torkham, on the border with Afghanistan. “They need an excuse,” he said of Indian troops. “It will provide them with an excuse for torture and barbarism.”