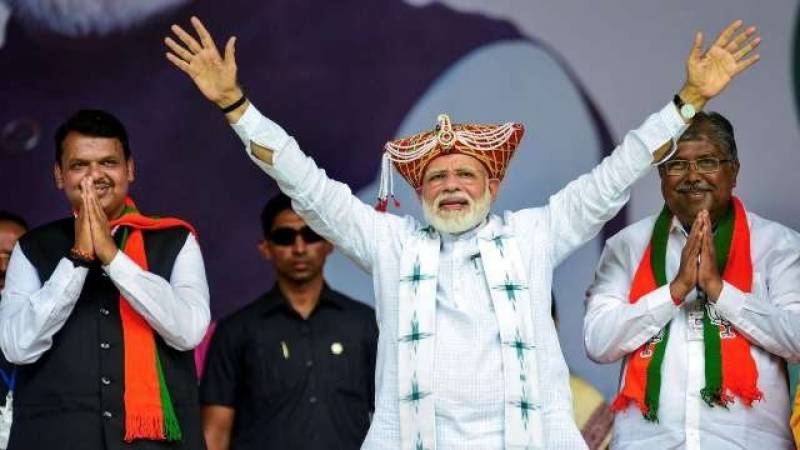 Prime Minister Narendra Modi attacked both Pakistan and the Indian opposition parties for politicising the issue of Occupied Kashmir at the "Mahajanadesh Yatra" in Nashik on Wednesday.

Modi said that statements given by them were being used as diplomatic weapons by Pakistan against India and were against the national interest of the country.

Modi said at the rally, "Jammu and Kashmir and Ladakh are embracing new possibilities. But the people of the opposition are also finding political interest in this".

" While the whole country stands united on the Kashmir issue, It is sad to see how senior leaders of Congress and NCP have not supported us. I can understand Congress' confusion. But Sharad Pawar? Why is he talking like this? He says he likes Pakistan. This disheartens me."

"Earlier, people used to raise the slogan -- Kashmir Hamara Hai (Kashmir is ours). But the time has come to take Kashmir to a new height of development. The slogan is -- Naya Kashmir Banana Hai. I need your support in our efforts to start a new era of development in Kashmir.