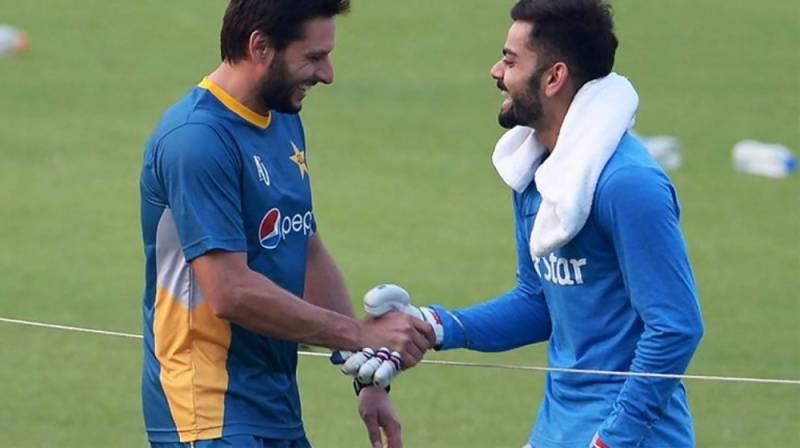 The International Cricket Council (ICC) tweeted regarding Virat Kohli’s accomplishment after he scored a match-winning knock of 72 runs against South Africa.

Kohli now sits at the top of the runs table with 2,441 runs from 71 matches and an average of over 50 in T20. He is also the only batsman in the world who averages of 50 in all three formats at the moment.

To this, Shahid Afridi responded with a warm message and praised Virat Kohli of being a great player indeed.

Pakistani social media users were flamed and infuriated at Shahid Afridi over his tweet.