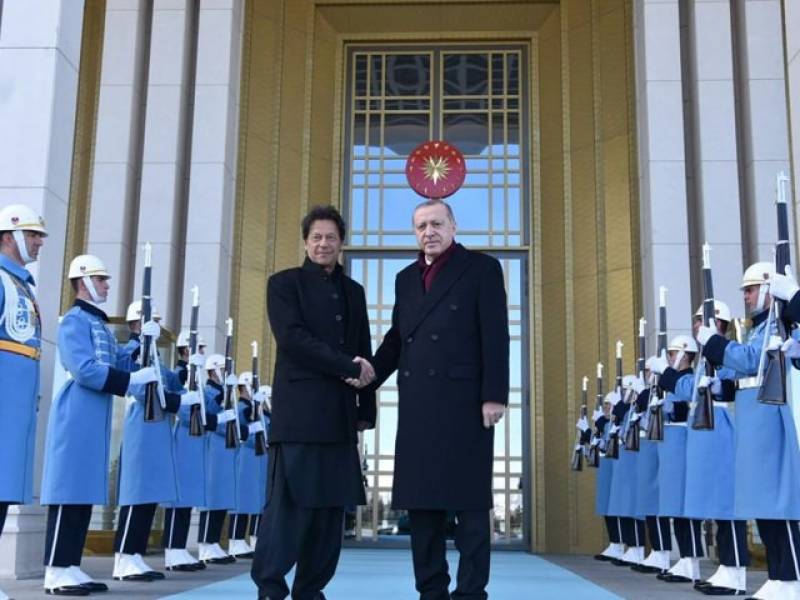 ISLAMABAD - A video has been viewed tens of thousands of times in multiple posts on Facebook and Twitter which claim it shows Turkish President Recep Tayyip Erdogan declaring that Pakistani Prime Minister Imran Khan is Pakistan’s greatest enemy.

The claim is false; the video shows Erdogan giving a speech at a conference in Ankara, in which he said he had a “fruitful” conversation with Khan about ongoing events in Kashmir.

The Urdu language caption translates to English as: “Pakistan’s greatest enemy is Imran himself: Erdogan.”

The Urdu language subtitles translate to English as: “Kashmir has been sold out but we will not leave our Muslim brothers alone; Pakistan has tried to please Modi in cahoots with Trump; Imran Khan is the greatest enemy of Pakistan.”

The video was published days after the Indian government’s decision to revoke Jammu and Kashmir’s semi-autonomous status on August 5, 2019.

The state was put on a security lockdown.

The same video with the same misleading Urdu subtitles was published on Twitter.

A journalist in AFP’s Istanbul bureau analysed the video.

Erdogan’s comments in Turkish translates to English as: “We are following closely the worrying events in Kashmir. Yesterday I had a fruitful phone conversation with Pakistan’s Prime Minister Imran Khan. We will also make an effort to reduce tensions by also calling the prime minister of India.”

This video has been taken from a speech President Erdogan made on August 6 in Ankara, at the 11th Ambassadors’ Conference. -APP/AFP