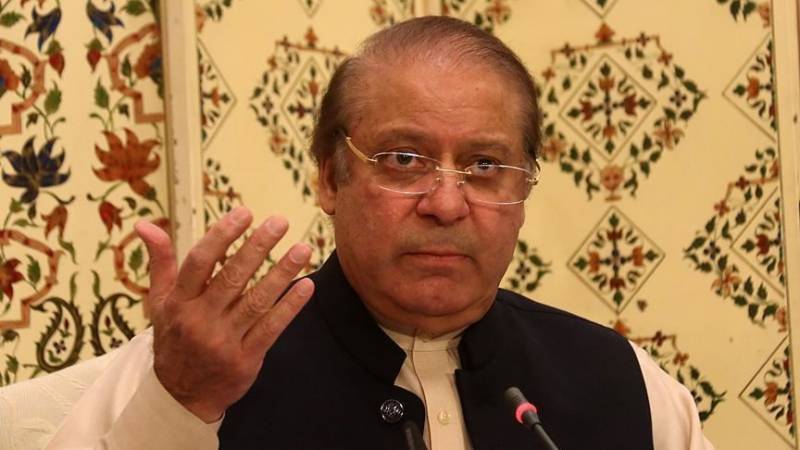 The video which surfaced in July shows the judge confessing to having been "blackmailed" into announcing a verdict against the three-time prime minister, who is currently in jail.

It was secretly recorded by Nasir Butt, a U.K.-based leader of Sharif's Pakistan Muslim League-Nawaz party.

The forensic report is likely to be produced by Sharif's lawyers as evidence before the Islamabad High Court, which is set to hear the premier's appeal against conviction this week.

The top court has asked the Islamabad court to assess the authenticity of the much-publicized video during the hearing.

Last May, he was also sentenced to 10 years in jail in a corruption case stemming from the whistleblower Panama Papers scandal. But the conviction has now been suspended.

His daughter and political heir Maryam Nawaz and son-in-law Mohammad Safdar were also sentenced to seven years and one year in prison respectively in the same case. Both of them are out on bail.

In July 2017, Sharif was disqualified from office by the Supreme Court over the whistleblower Panama Papers scandal, which also led to the filing of three corruption cases. Not long after, the top court also barred him from holding his party's leadership.