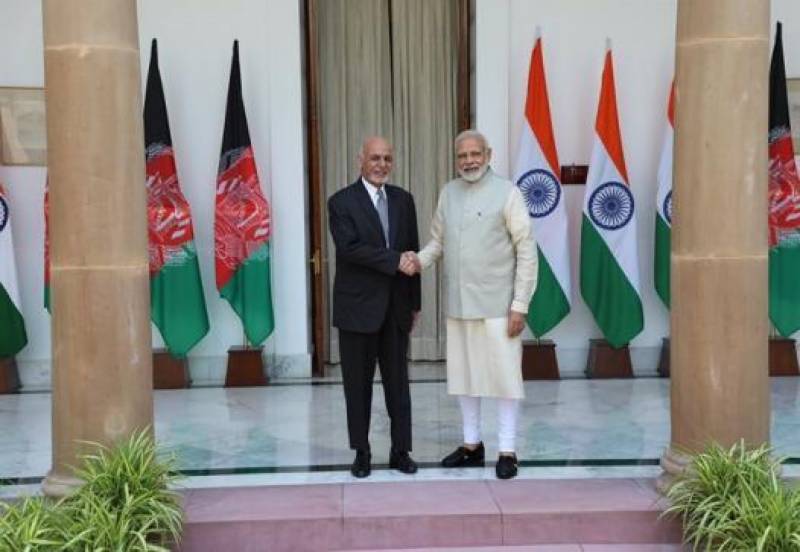 KABUL (Pajhwok) - India will provide 1,000 buses to Afghanistan and implement multiple development projects for which the technical teams from both countries would soon start work, a statement from the Presidential Palace said on Wednesday.

Indian Prime Minister Narendra Modi made the pledges during a meeting with President Ghani in New Delhi.

On the invitation of the Indian government, the president arrived in New Delhi on Wednesday on a day-long official visit.

On the behalf of the government and people of Afghanistan, President Ghani condoled the human and financial losses to the Indian government inflicted during the recent flood.

The president said bilateral engagements and friendly relationship between India and Afghanistan have been growing on daily bases.

The Indian prime minister said the New Dehli was supporting the construction of Shah Tout Dam, canals, solar power projects, drinking water facilities and implementation of over 160 uplift projects in the villages of Afghanistan.

In addition, India supported the uplift of the transportation system, rehabilitation of 350 buses and provision and 1,000 new buses.

The agreement was also reached that both countries would form technical teams to work on the fresh commitments, he said.

Both leaders also agreed that delegations from Afghanistan and India would jointly work for the processing, export of precious stones and production of medicines.

He said the scholarship program to Afghan students has been extended for another five years adding Afghan civil servants would be provided professional training as well.