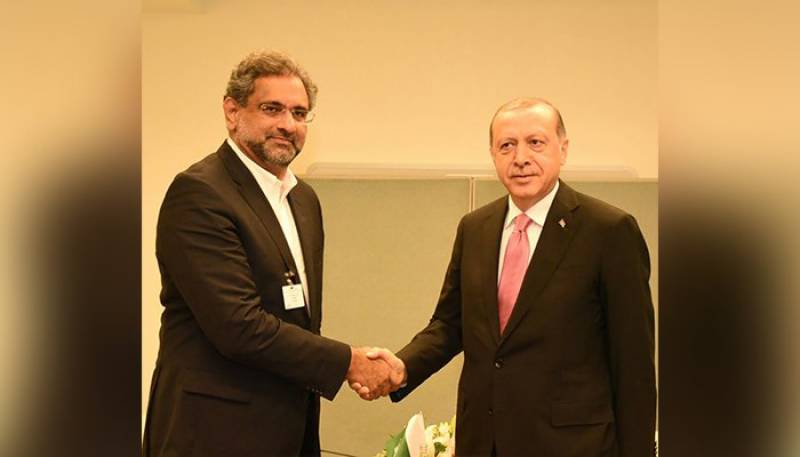 The two leaders, who met today on the sidelines of the United Nations General Assembly Session in New York, agreed that a military solution wouldn’t establish peace and stability in Afghanistan.

Both leaders agreed that efforts should continue for a regional approach for an internal political settlement in Afghanistan through an Afghan-owned and Afghan-led peace process.

Discussing the plight of Rohingya Muslims, President Erdogan and Prime Minister Abbasi urged the international community and the Organisation of Islamic Cooperation to take urgent measures to alleviate the suffering of these people.

The two leaders also had an in-depth exchange of views about the strengthening of bilateral relations. They also reviewed regional peace and security situation.

Abbasi said that the Pak-Turk relations are based on common faith, values, culture, history, mutual trust, and support.

Linkages between the people of the two countries have transformed into a strategic partnership that is strengthening with each passing day, the PM said.