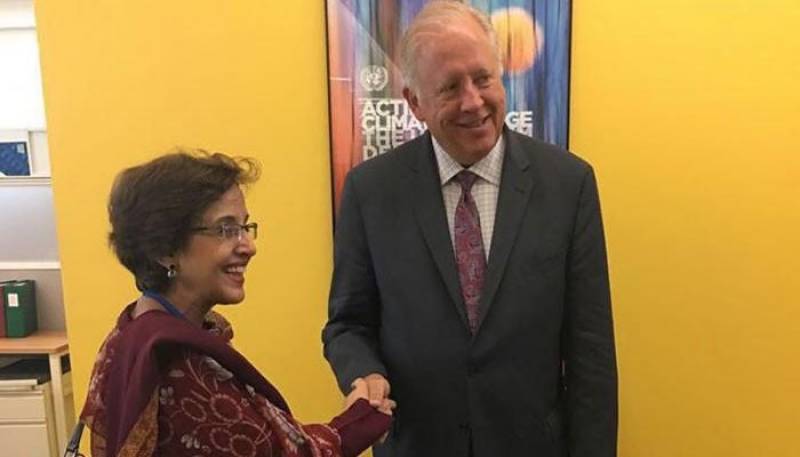 NEW YORK: Foreign Secretary Tehmina Janjua met US Under Secretary of State Tom Shannon on Monday and stressed intra-Afghan dialogue is vital for bringing lasting peace to the country and the region, said a statement from the Embassy of Pakistan in the US.

Janjua also conveyed Pakistan's viewpoint on the new strategy announced for the region earlier by President Donald Trump and added that peace in Afghanistan is a high priority for Pakistan.

The foreign secretary further added that Pakistan would continue to play a facilitating role for a peaceful Afghanistan.

Regarding Pakistan-US relations, Janjua said the country had always considered relations with the US as one of its most important relationships, added the statement.

"There was a desire on Pakistan's part to build this relationship further to the mutual benefit of both countries based on mutual trust and respect."

She conveyed to Shannon that recent statements by the US had evoked a strong public reaction in Pakistan, but both countries could work together to attain common objectives such as defeating Daesh in Afghanistan and the region as a whole.

Discussions between Foreign Secretary Janjua and Under Secretary Shannon were held in a frank and cordial manner, added the embassy statement.

Both sides agreed to remain engaged at all levels in the coming days.

Ambassador Aizaz Ahmad Chaudhry, Pakistan's Ambassador to the US also attended the meeting.