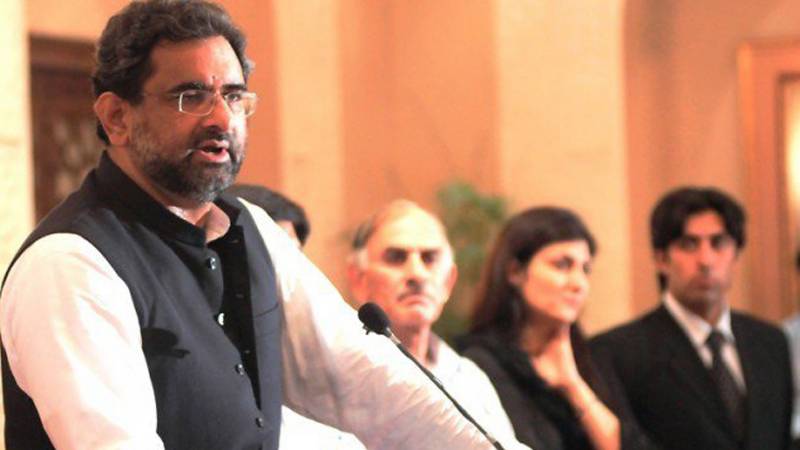 ISLAMABAD - Prime Minister Shahid Khaqan Abbasi will hold nine bilateral meetings on the sidelines of the United Nations General Assembly (UNGA) to present Pakistan’s point of view on international issues and the new US policy on South Asia, officials in Islamabad said.

The PM is leading Pakistan delegation to the 72nd Session of the UNGA in New York. He will deliver his speech on September 21st.

The bilateral meetings of PM Abbasi include the one with US Vice President Mike Pence which the Trump Administration has suggested as part of their efforts “to re-engage with Pakistan”.

It will be first direct Pakistan-US interaction after the announcement of Afghan and South Asia policy by President Trump that made scathing attack and hurled threats to Pakistan.

Pakistan Ambassador to the UN Dr Maleeha Lodhi talking to Pakistani journalists here on Sunday said the Pence-Abbasi talks are likely to take place on Tuesday.

The new Trump policy lays special emphasis on kinetic operations to subdue the Taliban insurgency in Afghanistan, envisions greater role for India in Afghanistan and the overall regional security.

The US president in his speech had also lambasted Pakistan for offering safe havens to “agents of chaos”. The tirade evoked strong response from Pakistan and plunged the bilateral relationship to one of its lowest ever levels.

Ambassador Lodhi said that the prime minister would “outline Pakistan’s position on key international political, social and development issues of vital concern to the country.”

She said Pakistan’s policies, which are based on the country’s national interest, are framed in Islamabad, not in Washington. She said that it had been Pakistan’s consistent position that peace could be restored only through a negotiated settlement.

The prime minister, who arrived in Washington on Monday, will go through a tightly laid-out schedule, participating in UN events related to the General Assembly session and also attend some forums on the sidelines of the 193-member body.