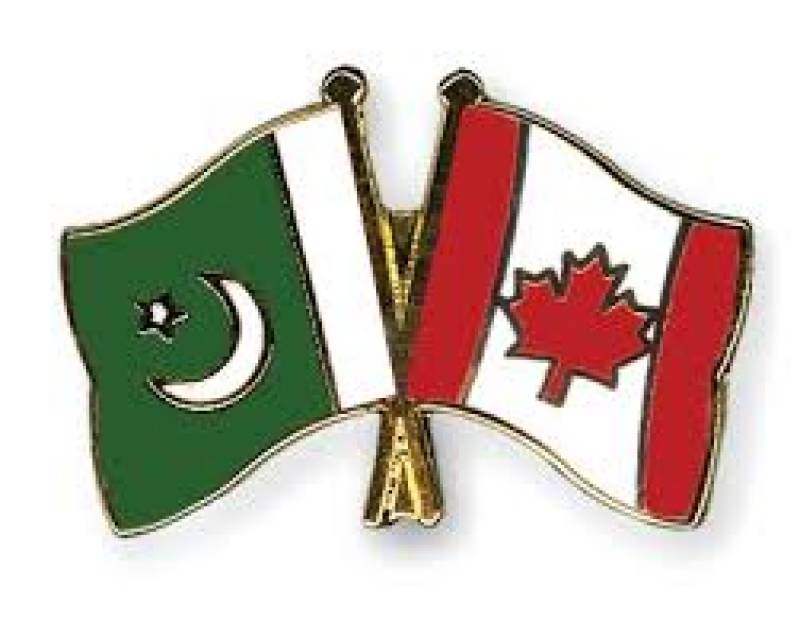 ISLAMABAD: The Canada-Pakistan JointWorking Group on Trade and Investment has been working on exploringways to promote bilateral trade, said Federal Minister for Commerceand Textile, Mohammad Pervaiz Malik.
During a meeting with Canadian High Commissioner to Pakistan, Mr. Perry John Calderwood, who called on him here the minister highlighted that trade between Pakistan and Canada stood at US $0.91 billion during the FY 2016-17.
He was of the view that there was tremendous potential betweenthe two countries to increase the bilateral trade manifold. He also asked Canadian side to come up with theirrecommendations on proposal to conduct a Joint Study for promotionof bilateral trade.
The minister said that Pakistan’s major exports to Canada include rice, made up articles of textiles material, articles ofapparel and major imports from Canada are grain oil seeds and pulses, vegetable preparations machinery and its parts,pharmaceutical products, oil-seed & chemicals.
The minister informed the Canadian High Commissioner that the Department of Plant Protection (DPP) and the Canadian Food Inspection Agency (CFIA) agreed to adopt mutually agreed scientific solution to the problem of fumigation of Canadian Exports toPakistan to ensure food safety standards.
He said that with the support of CFIA the DPP has completed technical and legal evaluation of the information provided by CFIA and now await invitation from CFIA to DPP experts for on-the-spot
inspection of integrated measures employed in Canada to ascertainexport of quarantine free cargo to Pakistan.
The minister further said that the Security Situation in Pakistan had improved significantly and economic and social indicators were on the rise in Pakistan and Pakistan offers alucrative market for investment.
The minister thanked the commissioner for the letter of facilitation and invitation to visit Canada, extended by Francois-Philippe Champagne, Canadian Commerce Minister. He also shared his intention to visit Canada soon todiscuss ways and means to bolster the already cordial trade relations between the two countries.
On the occasion, Canadian High Commissioner, Perry John Calderwood congratulated Mohammad Pervaiz Malik on becoming the Commerce Minister and said that there had been a substantial improvement in the security situation in Pakistan.
He said Pakistan was also taking major steps for ease of doing business which makes the Pakistani market very lucrative for Canadian businesses and investors.
He informed the commerce minister that Canada has already made significant investment in Solar Energy Projects in Khyber Pakhtunkhwa and Baluchistan.Canadian High Commissioner said that there had been a solid Foundation of Pakistan and Canada trade relations and now a sustained effort is needed to build on that foundation and increasethe bilateral trade.
He also expressed need to bring the Pakistani and Canadian businesses together so that they get understanding of businesses in both countries and explore new investment opportunities.Later on, Erik Beishembiev, Kyrgyz Ambassador to Pakistan called on the Federal Minister for Commerce and Textile Mohammad Pervaiz Malik.
He asked the commerce minister for the support of Pakistan in activation of Trade and Economic Council between the chambers of the two countries and providing training to Kyrgyz officers on GSP Plus.
The Commerce minister assured him of full support and facilitation. The minister also promised to speed up the work onactivation of Trade and Economic Council.