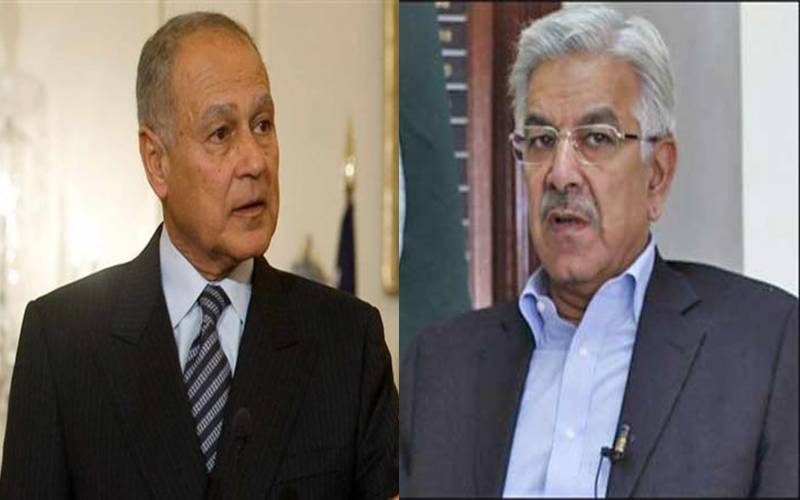 NEW YORK - Pakistan and Arab League have expressed grave concern on the situation in Palestine and Jammu and Kashmir particularly targeting the innocent people by occupied forces.

The concern was expressed at a meeting between Foreign Minister Khawaja Asif and Secretary General of the League of Arab States in New York on the sidelines of United Nations General Assembly.

In his interaction with Secretary General of the Arab League, Ahmed Aboul Gheit appreciated Pakistan's constructive role in promoting regional peace especially among the Muslim states.

The Secretary General acknowledged the positive role that Pakistan can play in addressing the challenges confronted by the Muslim world.