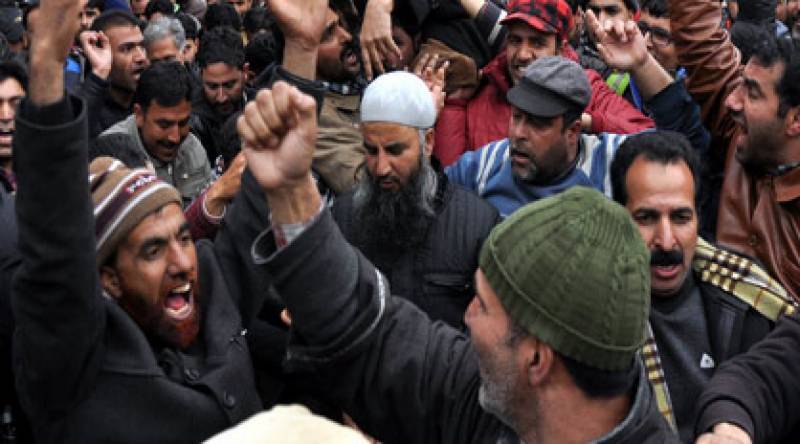 SRINAGAR - In Occupied Kashmir, the Joint Resistance Leadership (JRL) staged a protest demonstration in Srinagar on Tuesday, to condemn raids by India’s National Investigating Agency, detentions and killings in the territory.

Hundreds of resistance activists took part in the protests. The speaking on this occasion said that putting common people in jails is a blatant violation of democratic norms and human rights.

The protesters vowed that the people of Jammu and Kashmir could not be intimidated into submission through such acts of state terrorism.

Chairman All Parties Hurriyet Conference, Syed Ali Gilani in a statement in Srinagar, today, termed the repeated arrests of APHC leaders and activists as the worst example of lawlessness.

Meanwhile, despite global criticism over the use of pellet shotguns by Indian troops in Kashmir, New Delhi has authorized its paramilitary forces to continue the use of lethal weapons to tackle protests in the territory.