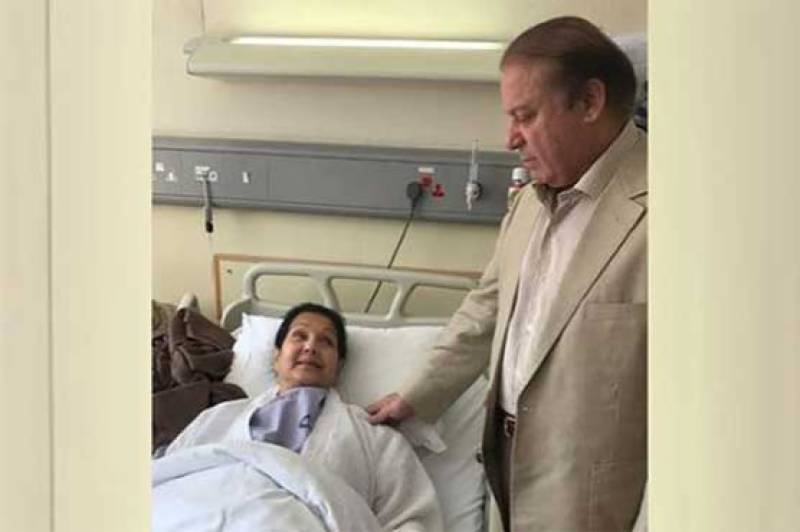 LONDON – Kulsoom Nawaz is to undergo her second surgery today in London, and Hussain Nawaz has requested the whole nation to pray for his mother’s recovery.

Hussain, while talking to media, said the return of former prime minister Nawaz Sharif to Pakistan depends upon the health of Kulsoom Nawaz.

Kulsoom had been diagnosed with lymphoma, a cancer of the lymph nodes on the left side of her neck which was confirmed by her daughter Maryam Nawaz.

Let it be known that Maryam Nawaz reached London on Monday along with husband Captain (r) Safdar to inquire about the health of Kulsoom Nawaz after successfully running the election campaign of NA-120 by-polls, and tears rolled down her eyes when she met her mother.