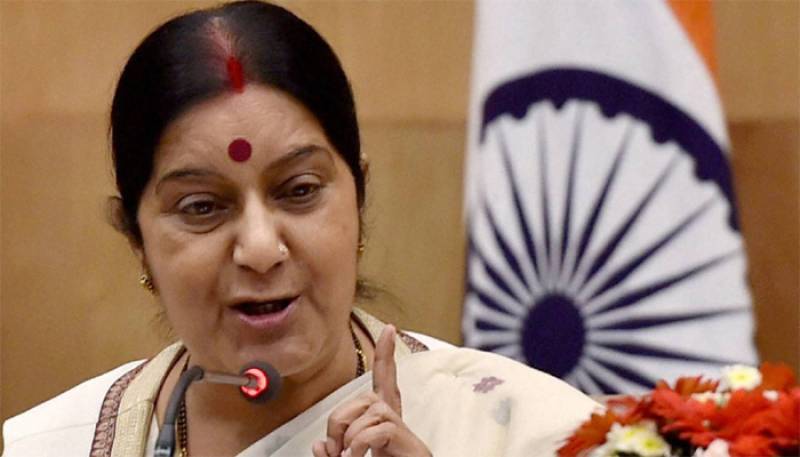 Without naming Pakistan, Swaraj also said that those responsible for it should be held accountable.

"EAM Sushma Swaraj deplored North Korea's recent actions and stated that its proliferation linkages must be explored and those involved must be held accountable," MEA spokesperson Raveesh Kumar was quoted as saying by NDTV on Tuesday.

The EAM made these remarks days after North Korea fired another mid-range ballistic missile over Japan on Friday.This was North Korea's sixth and most powerful nuclear test, which was conducted on September 3, in direct defiance of United Nations sanctions and the growing international pressure.

Swaraj made these remarks during her trilateral meeting with US Secretary of State Rex Tillerson and her Japanese counterpart Taro Kono, on the sidelines of the ongoing United Nations General Assembly session here.

During her meeting with Tillerson and Kono, Swaraj raised the issue of countries with "linkages" to North Korea`s nuclear programme, in an indirect reference to Pakistan which had been involved in a nuclear-for-missile technology swap.

Asked if Swaraj was actually referring to Pakistan, MEA's Kumar clarified that no names were mentioned and said her statement was emphatic and clear that "proliferation linkages must be explored and those involved be held accountable" and it was for reporters to interpret it.

During what Kumar described as "very hectic and active day," Sushma Swaraj attended US President Donald Trump`s summit on reforming the UN.

Trump backed plans by UN Secretary-General Antonio Guterres to reform the global organisation, but confined his comments to mostly the secretariat and bureaucracy, peacekeeping and the budget.

While India has consistently maintained that the UN needed to be reformed, it wanted a comprehensive reform that also dealt with bodies like the Security Council, Kumar said.