How to resolve the Rohingya Muslims issue
19 Sep, 2017 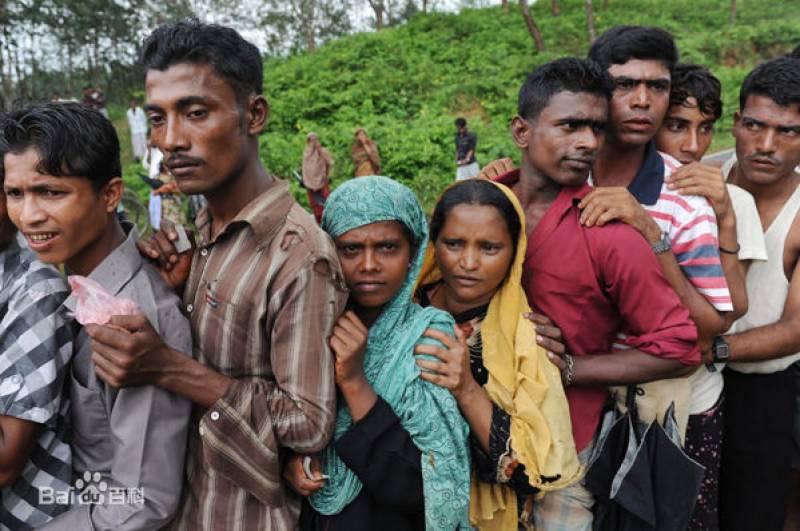 The Rohingya community has been in the headlines recently for all the wrong reasons. Graphic images of exhausted and hungry men and women trekking mountains to get to neighboring Bangladesh for safety are highly disturbing.

The refugees tell horrific tales of persecutions and attacks by Myanmar security forces and radical Buddhist groups. However, the government of Myanmar has categorically rejected the allegations, whilst Nobel Peace laureate Aung San Suu Kyi called them a “huge iceberg of misinformation.”

Notwithstanding the rejection of allegations or levels of alleged persecution, it is hard to deny the existence of the decades old issue of the Rohingya ethnic minority in Myanmar. It is also quite disturbing that successive governments since independence of the country in 1948 have failed to address the problem.

The core of the matter is denial of right of citizenship to a group of people living in the country for centuries. It is immaterial how they came and who they are. The important thing is that they were living there when the country won its independence. And they still reside in Myanmar.

Now it is incumbent on the government to address it. Any state would have politically resolved the issue long ago. But instead we see here the tragedy of civilians being driven out repeatedly. It brings international criticism against Myanmar. No government in the world can afford such periodic embarrassments.

Despite the mass exodus, still more than 1.1 million of Rohingyas are living in Myanmar, the vast majority of them are concentrated in the Rakhine. The speed of the exodus has increased and in the current unrest another 270,000 might have fled to Bangladesh, according to UN estimates.

The latest turbulence followed after a reported attack by Arkan Rohingya Salvation Army (ARSA) on security forces which in retaliation started action against ARSA activists whom Myanmar consider as “militants.” The group says it is fighting for the rights of the Rohingya people.

Myanmar has a right to defend against a group which poses a security threat but the nature of response by the security forces is under the scrutiny. According to various human rights bodies, often the retaliation is disproportionate and civilians suffer. International media outlets have reported burning of villages in the current onslaught.

Myanmar should realize that it cannot live with the problem for ever. It should talk to the local Rohingya leaders and sort out the issue. The government of Ms. Suu Kyi’s party should start the implementation of Kofi Anan Commission report which it allowed to be set up and promised to follow the recommendations.

The commission report issued last month proposed that the government should remove restrictions on the movement and citizenship of the Rohingya. The nine-member commission also termed Rohingya as the single “biggest stateless community” in the world.

The report warned that the local Muslim population would be exploited by radical groups if the situation on the ground was not addressed immediately.

Within less than a month after the report was issued, the current unrest started. The right groups are hugely upset at the failure of Aung San Suu Kyi to condemn the human right violations. Even her “misinformation” statement added fuel to the fire. But let me emphasize that Ms. Suu Kyi is still the best person in Myanmar to settle the problem.

The world should try to understand her predicament. The military establishment is powerful and nationalistic sentiments run high over the issue of Rohingya. Ms. Suu Kyi will be treading a fine line to pacify both the domestic and international concerns.

She needs support. But at the same time she should be categorical about the implementation of the Anan Commission report.