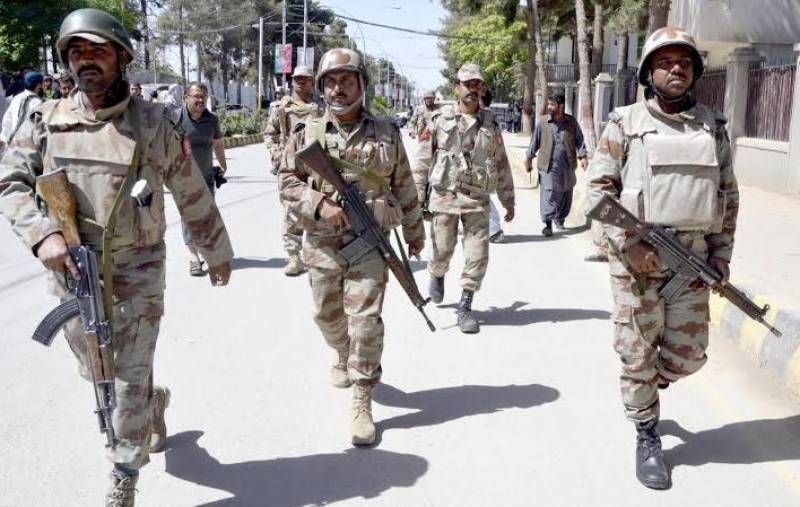 QUETTA: At least two insurgent commanders were killed in Dera Bugti, Balochistan as Frontier Corps (FC) raided their hideouts in an operation on Tuesday.

The militants were identified as Thango and Kaleri who were said to be most wanted by the law enforcers.

The paramilitary force also destroyed two militant camps during the operation, and seized a huge amount of arms and ammunition.