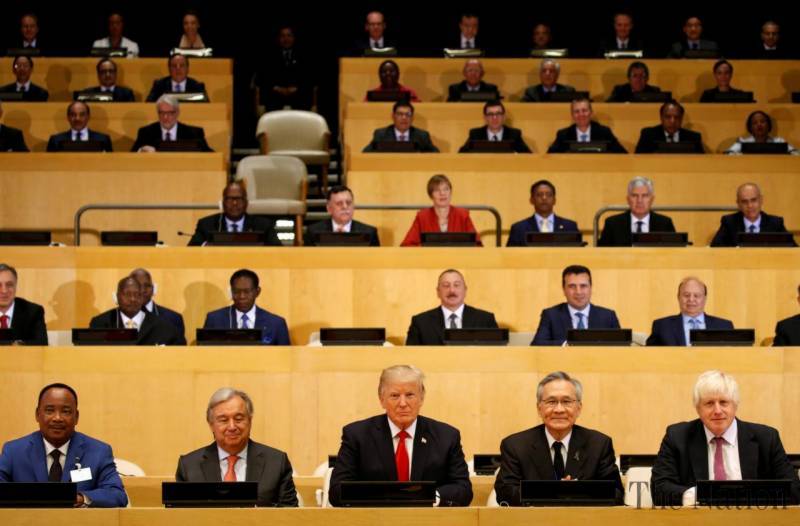 NEW YORK - US President Donald Trump urged United Nations member states on Tuesday to turn up the pressure on North Korea to give up its nuclear weapons, using his maiden speech to the world body to address what he has said is the top global challenge.

Beginning his speech shortly after arriving at UN headquarters in New York, Trump said the world faces destructive threats from rogue states and “terrorists and extremists.”

“Rogue regimes not only support terrorists but threaten other nations with the most destructive weapon known to humanity,” Trump said, referring to nuclear weapons.

It was Trump’s first appearance in the green-marbled UN General Assembly hall, where applause from world leaders is generally muted.

Reading carefully from a script, Trump promised the United States military would soon be the strongest it has ever been.

Trump, who came to power promoting an America First agenda, told world leaders that the United States does not seek to impose its will on other nations and will respect other countries’ sovereignty.

“I will defend America’s interests above all else,” he said. “But in fulfilling our obligations to other nations we also realize it’s in everyone’s interest to seek a future where all nations can be sovereign, prosperous and secure.”