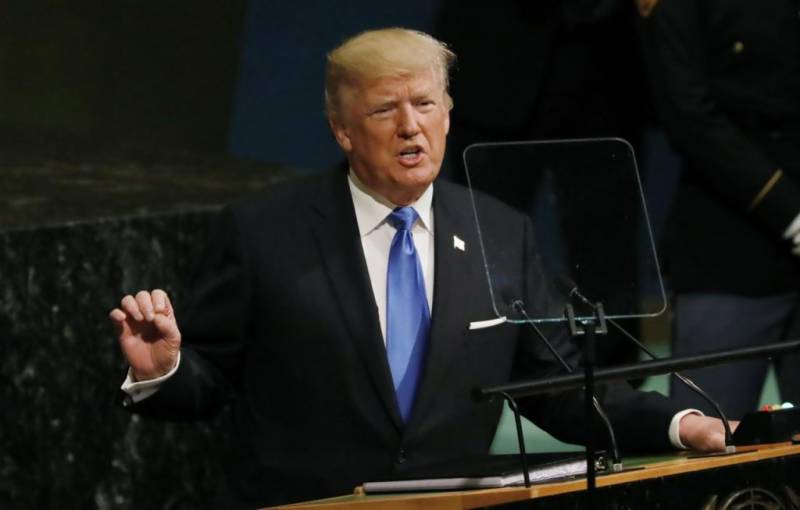 It was Trump’s most direct threat to attack North Korea for belligerent acts that have included launching ballistic missiles over Japan and conducting underground nuclear tests.

His comments rattled the world leaders gathered before him in the green-marbled U.N. General Assembly hall, where minutes earlier UN Secretary-General Antonio Guterres had appealed for statesmanship.

“The United States has great strength and patience, but if it is forced to defend itself or its allies, we will have no choice but to totally destroy North Korea,” Trump said.

As loud, startled murmurs filled the hall, Trump described Kim in an acid tone, saying, “Rocket man is on a suicide mission for himself and his regime.”

One man in the audience covered his face with his hands shortly after Trump made his “totally destroy” comment. Swedish Foreign Minister Margot Wallstrom crossed her arms.

North Korea’s mission to the United Nations did not immediately respond to a request for comment on Trump’s remarks. A junior North Korean diplomat sat in the delegation’s front-row seat for Trump’s speech, the North Korean U.N. mission said.

Trump’s saber-rattling rhetoric was in contrast to the comments of some of his own Cabinet members who have stated their preference for a diplomatic solution.

He also criticized the Cuban government.