Donald Trump lashes out at the United Nations
19 Sep, 2017 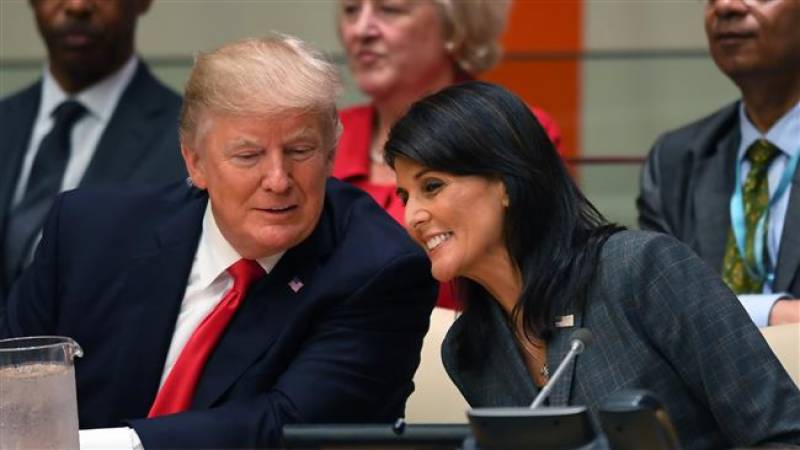 NEW YORK - US President Donald Trump has warned that “bureaucracy” and "mismanagement" are holding the United Nations back, a pointed message for an international organization he once criticized as weak and incompetent.

"In recent years the United Nations has not reached its full potential because of bureaucracy and mismanagement," Trump told delegates from other countries on Monday during a meeting on UN reform.

The US president kicked off a week of meetings and speeches with foreign leaders in New York City. He will deliver his first-ever speech to the UN General Assembly on Tuesday.

Trump will meet with representatives from more than 120 nations, as well as UN Secretary General António Guterres, to discuss ways to reform the world body.

Trump said the United Nations spends too much money and has too many staffers, adding that no member state should shoulder a disproportionate share of the cost.

He said the institution has more than doubled its budget in recent years, but “we are not seeing the results in line with this investment.”

However, the president praised Guterres for his efforts to reform the UN bureaucracy and management structure.

“I know that under the secretary-general, that’s changing and it’s changing fast and we’ve seen it,” he said. “We seek a United Nations that regains the trust of people around the world.”

Trump has been deeply critical of the UN, and world leaders at the summit are anxious to hear how he plans to address those concerns, as well as foreign policy issues like North Korea and Iran.

The US president is scheduled to separately meet with leaders of Israel and France later on Monday, with an expected focus on the Middle East, and Iran in particular.

The White House believes the US gets little in return for its contributions to the UN. It also views the institution as a bloated bureaucracy that offers insufficient support for key US allies, especially Israel.