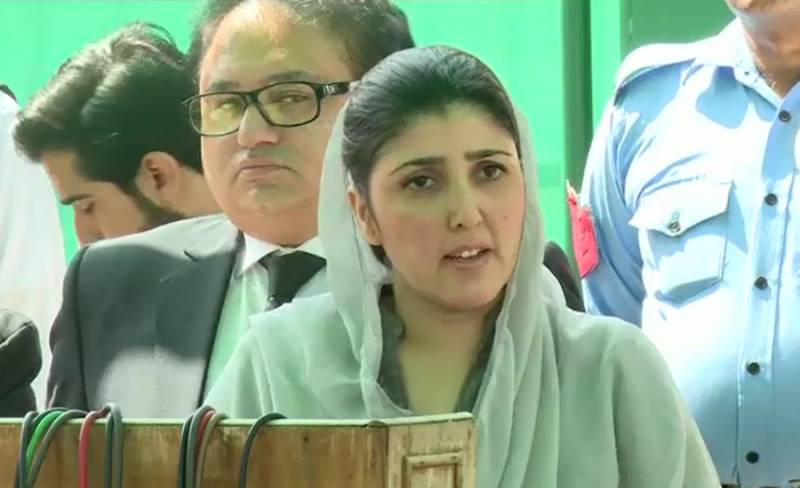 ISLAMABAD – Ayesha Wazir Gulalai has on Tuesday submitted her response in the Election Commission of Pakistan (ECP).

During the proceedings, Ayesha Gulalai along with her counsel Barrister Masroor appeared before the tribunal and submitted her reply.

In her reply she stated that the allegation leveled against her by party chairman Imran Khan are baseless, misleading and the reference against her is based on knavery.

The counsel of Imran Khan also submitted written documents against the MNA. The ECP later adjourned the hearing till September 26.

Talking to media after the hearing, the strange PTI leader suggested Imran Khan that instead of approaching the court against the ECP, the PTI chairman should go to NA-120 and ask people why didn’t they vote for his party.

She alleged the money earned through corruption and land-grabbing was used in the campaign for NA-120.

Gulalai said there is no place for ideological worker in PTI, adding that everyone should respect national institutions.

The Pakistan Tehreek-e-Insaf had filed a reference with Speaker National Assembly Sardar Ayaz Sadiq for the disqualification of Gulalai, who accused the party chief Imran Khan of harassment.