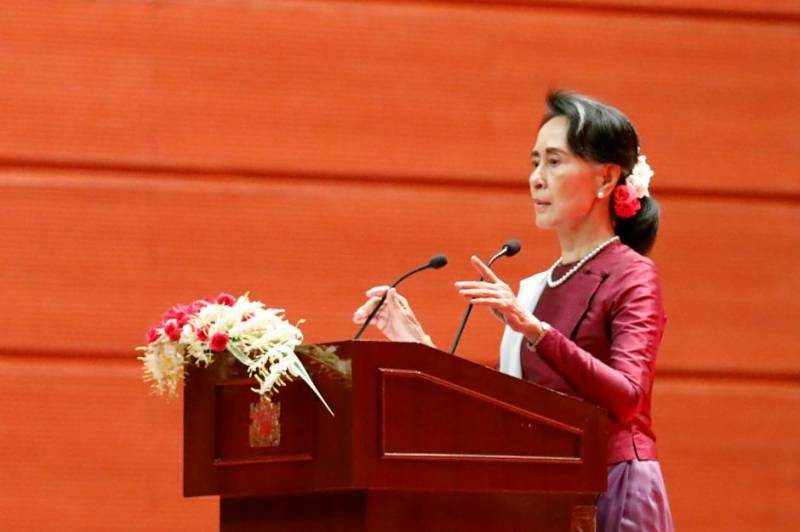 Myanmar leader Aung San Suu Kyi condemned on Tuesday human rights violations in Rakhine state and said violators would be brought to book, but she did not address UN accusations of a campaign of ethnic cleansing by the military.

The Nobel Peace laureate’s remarks came in her first address to the nation since attacks by Rohingya Muslim insurgents on Aug. 25 sparked a military response that has forced 421,000 Rohingya Muslims into neighboring Bangladesh.

Western diplomats and aid officials, hoping for an unequivocal condemnation of violence and hate speech, welcomed the tone of Suu Kyi’s message, but some doubted if she had done enough to deflect global criticism.

Human rights group Amnesty International described her speech as “little more than a mix of untruths and victim-blaming”, saying she and her government were “burying their heads in the sand” for ignoring the army’s role in the violence.

“We condemn all human rights violations and unlawful violence. We are committed to the restoration of peace and stability and rule of law throughout the state,” Suu Kyi said in her address in the capital, Naypyitaw.

“Action will be taken against all people, regardless of their religion, race and political position, who go against the law of the land and violate human rights,” she said.

Long feted in the West as a champion of democracy in the Buddhist-majority country during years of military rule and house arrest, Suu Kyi has faced growing criticism for saying little about abuses faced by the Rohingya.

The United States urged Myanmar on Monday to end military operations, grant humanitarian access, and commit to aiding the safe return of civilians to their homes.

Myanmar’s generals remain in full charge of security and Suu Kyi did not comment on the military or its operation, except to say there had been “no armed clashes and there have been no clearance operations” since Sep 5.

Rohingya refugees arriving in Bangladesh have told of soldiers and Buddhist civilians attacking and burning villages as recently as last Friday. It was not possible to verify their accounts.