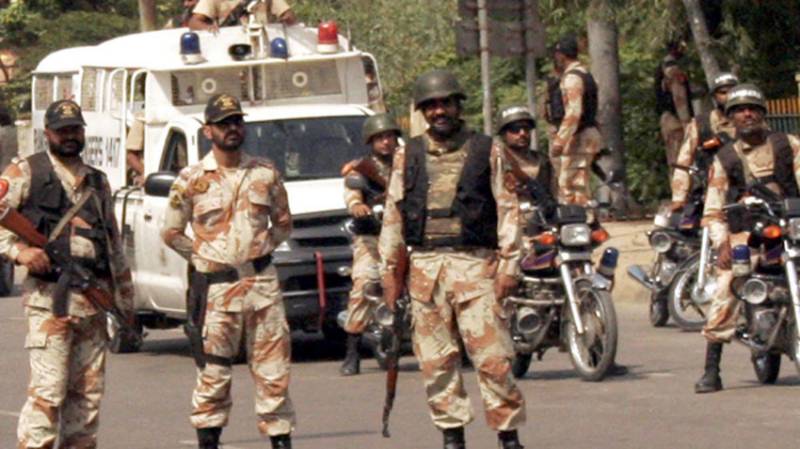 A Sindh Rangers have arrested eight suspects during raids conducted in different areas of Karachi on Thursday.

According to Rangers spokesman, the suspects were arrested from the areas of Gulshan-e-Maimaar and Gabol Town and are involved in various heinous crimes.

Illegal weapons and narcotics were also recovered from them.