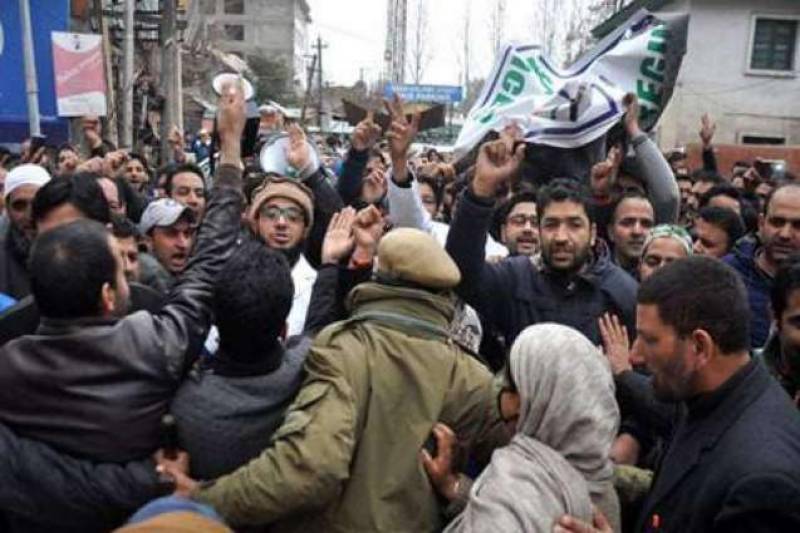 ISLAMABAD: Massive protests on Thursday rocked Kashmir University against the killing of a youth by Indian troops during a cordon and search operation in southern Kashmir’s Pulwama district.

According to Kashmir Media Service (KMS) , the students assembled at the varsity campus in Hazratbal and staged a protest against the killing of Showkat Ahmad Butt, a resident of Padgampora, Awantipora. The martyr was pursuing B. Pharmacy degree at the varsity until October 2, this year.

Butt was killed by 50 RR of Indian army and Special Operations Group in Dougam Kakapora.