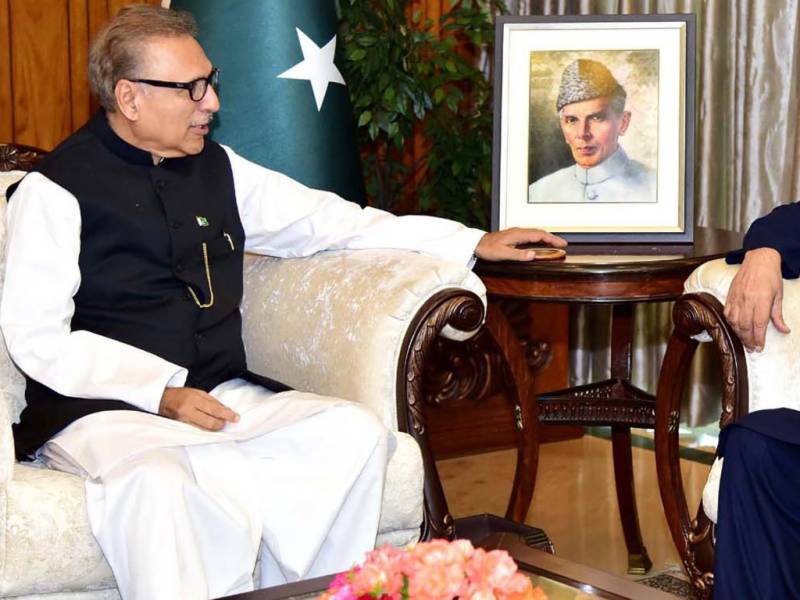 ISLAMABAD: President Dr Arif Alvi Thursday while expressing his satisfaction over the performance of incumbent government so far, hoped that the country’s fate would change within next five years.

In his maiden interview to a television channel after assuming the office of the head of the state, the president said the government was heading in the right direction.

Spelling out his priorities he said he desired to strive for betterment of health sector in the country like prevention of various disease like breast cancer, measles and others in coordination with the health minister.

He said the provision of justice and protection or women rights were the subjects he desired to focus.

The president said his office had a key role for integration of the federation and that he wanted to work for the uplift of the education, health and other sectors in Balochistan province.

To a question about the austerity drive of current government, the president said he was currently living in single bed suit in the President House and advocated for opening the rest of the building to the public.

While opposing the unnecessary foreign visits by the president, he said his first visit to Turkey was scheduled for the prime minister was unable to go there. Moreover, he expressed the desire to offer Umrah – but on the personal expenses.

He said in order to cut the expenditures, he had declared his own residence in Karachi as his camp office besides ending his protocol and reducing unnecessary security convoys to avoid any disturbance to public.

Responding to a question about his maiden speech in the parliament, the president said besides discussing country’s foreign policy and issues, it highlighted the vision of the newly-formed government but the next speeches would describe the government’s performance.

He said he had also applauded the sacrifices and expertise of Pakistan armed forces against terrorism contrary to many other countries who had failed to tackled the menace.

Reiterating the government’s resolve against corruption, the president said National Accountability Bureau (NAB) would have to prove its impartiality and shun the opposition’s allegations of any backing by the government.

The president however called for across the board accountability and added that any compromise in the process would hurt the country.

Regarding the appreciation of dollar against rupee, he said the previous government had artificially controlled the dollar value which had now been reflected by the market.

Defending the government’s decision to approach IMF for bailout package, he said the people must witness the issues being resolved for what the bailout package was being sought.

He said mere the construction of motorways would not change the situation rather there was a need to improve health and other social sectors.

Asked whether the defeat of PTI in bye-election was result of any public mistrust on government’s performance, the president said 60 days were not enough to judge the government’s working rather such ups and downs would go on.

He said the PTI government had assured the opposition of all of its support to probe any rigging in the general election contrary to the previous government when the candidates had to suffer for three to four years just to get their votes recounted.

About the China Pakistan Economic Corridor, the president said the resistance against the project was regional politics as international powers were misconceiving it as enhancement of Chinese influence in the region.

He hoped that the prime minister’s upcoming visit to China would have positive outcomes.

The president said the appointment of Usman Buzdar as Chief Minister of Punjab was a decision on merit who had already started delivering.

To a question, the president also called for devolution of power to the lower level to strengthen the local government system besides calling for uplift of education and health sectors as had been envisaged by the 18th amendment.