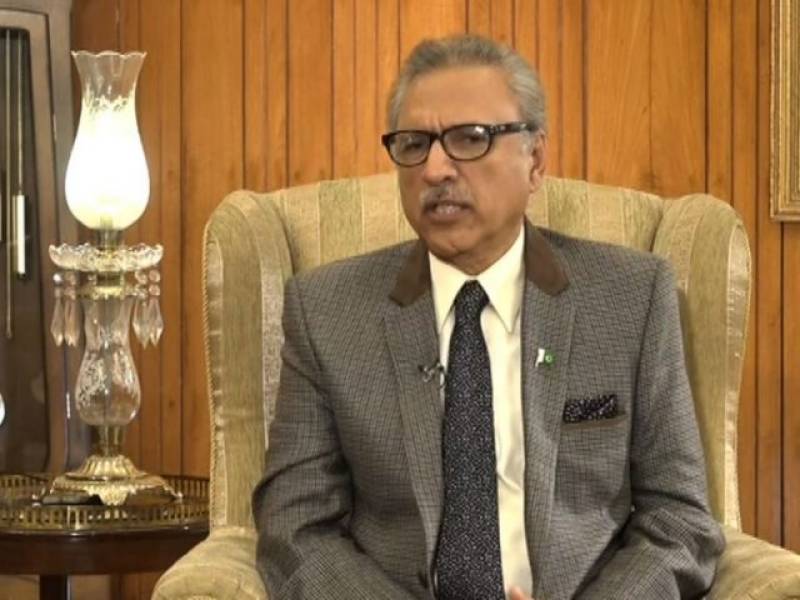 Addressing the graduating cadets here at the PAF Academy Asghar Khan, the President said Pakistan's armed forces were fully capable and prepared to respond to any spectrum of threat.

He said the glorious past of the armed forces of Pakistan was witness to the fact that the sons of the soil defended their motherland with their sweat and blood.

He said the Pakistan Air Force has a glorious history of unmatched feats of bravery and has been in the forefront during war and peace time operations.

The President said "as a nation our struggle against terrorism has played a vital role for regional and international peace."

He appreciated the immaculate coordination and harmony displayed by the armed forces, duly supported by the resilient people of the country in the operations against the terrorists and said it has brought tremendous improvement in the internal security environment.

President Dr Alvi said the Pakistan Air Force being a highly potent element of the national defence has played a remarkable and leading role in annihilating sanctuaries of the terrorists and shattered their resolve to fight.

The President said Pakistan wishes to establish cordial relations with the international community based on mutual respect.

"We are a nation that has rendered greatest sacrifices both in terms of human and material for lasting peace. We stand firmly committed to this cause and would not allow anyone or any country to misinterpret our intent and actions."

President Dr Alvi addressing the graduating cadets said "As proud custodians of Pakistan’s Air Space, you must pursue professional commitments with unswerving zeal and determination to maintain the country’s air arm “Second to none” as envisioned by the Father of the Nation."

"It is only through persistent dedication that you will be able to vindicate the trust reposed in you by the nation,” the President said.

The President on his arrival at the Academy was received by Air Chief Marshal Mujahid Anwar Khan, Chief of the Air Staff.

A total of 107 aviation cadets graduated at the occasion. The Chief Guest awarded branch insignias to the graduating cadets and trophies to the distinction holders.

Quaid-e-Azam Banner was awarded to No 04 Squadron, the new Champion Squadron of the Academy.

In College of Flying Training, Chief of the Air Staff Trophy for best performance in Flying Training was clinched by Aviation Cadet Farhan Khalid Awan.

In College of Aeronautical Engineering, Aviation Cadet Wing Under Officer Abdur Rehman clinched both Chief of the Air Staff Trophy for best performance in Engineering and the coveted Sword of Honour for Overall Best Performance.

The ceremony was followed by a thrilling aerial display by "Bravehearts" and “Sherdils”, the PAF Academy Aerobatic Teams, which were thoroughly enjoyed by the guests.

The ceremony was witnessed by high-ranking Military & Civil Officials, Diplomats, foreign dignitaries and a large number of guests of graduating cadets.