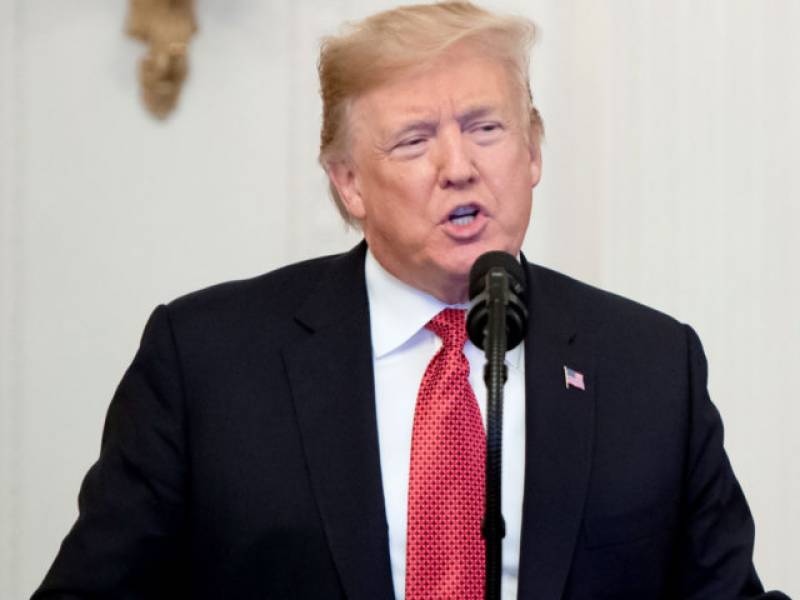 NEW YORK: President Donald Trump has said it appears that Jamal Khashoggi, the missing Saudi journalist and U.S. resident, is dead, and vowed “severe’ consequences for those found to be responsible.

In an interview with The New York Times, Trump said his conclusion was based on “intelligence coming from every side.”

“Unless the miracle of all miracles happens, I would acknowledge that he’s dead,” Trump told the Times.

The president did not elaborate on what action his administration could take. US lawmakers have suggested a range of steps, from economic sanctions on Saudi Arabia to blocking U.S. weapons sales to the Middle East ally. But Trump has said he doesn’t want to disrupt the long-standing U.S. alliance with Saudi Arabia.

The Saudi journalist, who wrote critically of the kingdom and royal family for The Washington Post, has been missing since entering the Saudi Consulate on Oct. 2 to obtain paperwork to marry his fiancee. Turkish officials said he was murdered inside the building, but Saudi officials denied that.

Before leaving for Montana for campaign rallies, Trump said he wanted to wait for the results of Saudi and Turkish investigations before deciding what action the United States should take.

The Times said Trump stopped short of naming the Saudi crown prince, Mohammed bin Salman, in Khashoggi’s death. He said allegations of the prince’s involvement raised serious questions about the U.S-Saudi alliance and presented a stark challenge for his foreign policy agenda.

“This one has caught the imagination of the world, unfortunately,” Trump said. “It’s not a positive. Not a positive.”

Earlier on Thursday, Trump met with Secretary of State Mike Pompeo to discuss the Khashoggi case. Pompeo had just returned from an emergency trip to Saudi Arabia and Turkey, and he told Trump the United States needs to give the Saudis “a few more days” to investigate Khashoggi’s fate.

“We made clear to them that we take this matter very seriously,” Pompeo said of his conversations with Saudi officials in Riyadh. “They assured me that they will conduct a complete and thorough investigation.”

Meanwhile at the United Nations in New York, four leading human rights and press freedom groups have urged Turkey to call for a UN probe into the possible murder of journalist Khashoggi in order to prevent a cover-up of the alleged crime.

Human Rights Watch, Amnesty International, the Committee to Protect Journalists, and Reporters Without Borders said on Thursday that a probe established by UN chief Antonio Guterres would shed light on the fate of the prominent dissident journalist and prevent a “whitewash”. It was pointed out that the UN had conducted a probe into the murder of former Pakistan Prime Minister Benazir Bhutto.

“Turkey should enlist the UN to initiate a timely, credible, and transparent investigation,” Robert Mahoney, deputy executive director of the Committee to Protect Journalists, said.

“UN involvement is the best guarantee against a Saudi whitewash or attempts by other governments to sweep the issue under the carpet to preserve lucrative business ties with Riyadh.”

Louis Charbonneau, UN director at Human Rights Watch, said Khashoggi’s family and the rest of the world deserve the full truth about what happened to him.

“Partial explanations and one-sided investigations by Saudi Arabia, which is suspected of involvement, aren’t good enough. Only the UN has the credibility and independence required to expose the masterminds behind Khashoggi’s enforced disappearance and to hold them to account.”

U.N. spokesman Stephane Dujarric said secretary-general Guterres remains very concerned about Khashoggi’s fate and “has repeatedly called for the truth to come out in this situation.”

“As a matter of principle, the secretary-general can initiate an investigation if all the parties involved request it, or if there’s a legislative mandate from a U.N. body,” Dujarric said. “We’re a little removed right now. … I think we need to let the initial investigation play out.” - APP