Democracy restored after sacrifices, should be flourished: Zardari
19 Oct, 2018 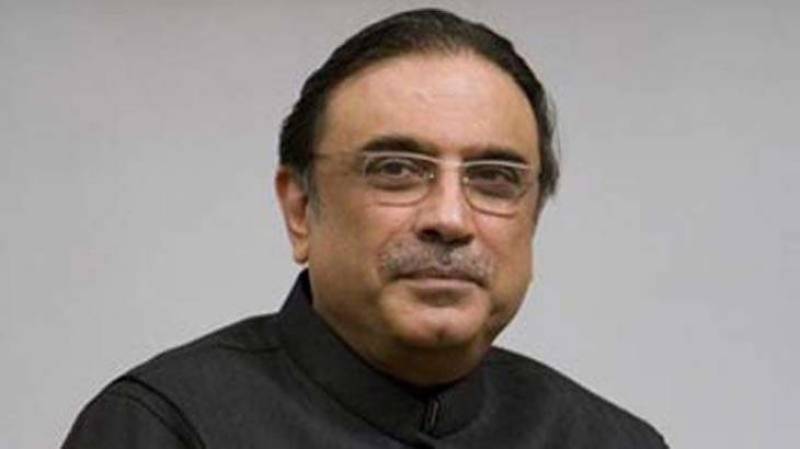 ISLAMABAD: President Pakistan Peoples Party Parliamentarians (PPPP) Asif Ali Zardari said that democracy which was restored after sacrifices of hundreds of martyrs should be further flourished in the country.

Asif Zardari paid glowing tributes to the martyrs of Karsaz tragedy in a message on the anniversary of the disaster, said a press release issued by the party secretariat.

On October 18, 2007 the caravan of democracy led by Shaheed Mohtarma Benazir Bhutto was attacked at Karsaz in Karachi but hundreds of loyal democrats saved their leader but lost their own lives.

He said that because of the supreme sacrifices of these martyrs democracy was restored in the country and dictatorship was defeated. Today is the day to pay rich tributes to those martyrs who defeated the extremists and terrorists' design. It also showed that terrorists and extremists are the enemies of the nation.

More than three million people came to welcome their leader on the roads of Karachi on that day and displayed that they support the ideology of Quaid-e-Azam, Quaid-e-Awam and Shaheed Mohtarma Benazir Bhutto as they wanted Pakistan to be a democratic, peaceful and prosperous country.

He said that the PPP government during 2008-2013 restored 1973 constitution, made Parliament supreme, provinces were given sovereignty and people of Khyber Pakhtunkhwa and Gilgit Baltistan were given their identity.

Asif Zardari expressed his resolve to defend parliament elected by the people of Pakistan.