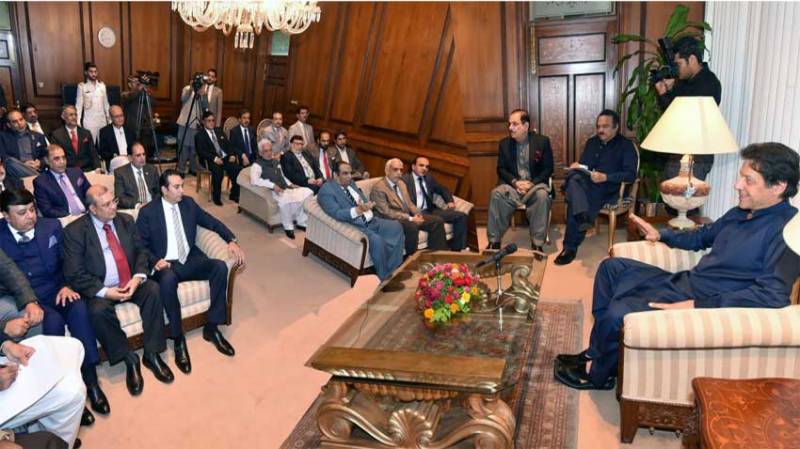 ISLAMABAD - Prime Minister Imran Khan says nation will come out of the present financial impasse due to its immense talent.

He was talking to a delegation of business community that called on him in Islamabad on Friday.

The Prime Minister said country is facing a difficult situation at the moment due to wrong policies and decisions of previous governments.

He said the past governments destroyed the national institutions and large public sector organizations are under heavy debts.

The delegation assured the Prime Minister to help the government in coping with the difficult situation.

It also presented a cheque of 91.90 million rupees to the Prime Minister for Diamer Bhasha and Mohmand Dam Fund.

He presented a cheque of 19.50 million rupees to Prime Minister for the dam fund.