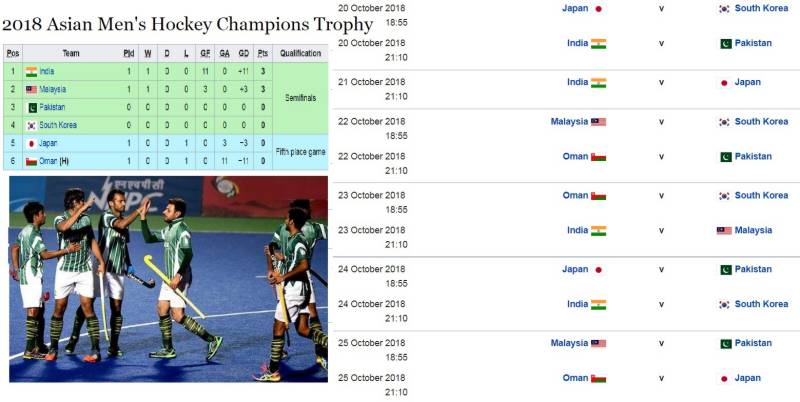 Former masters of hockey, Pakistan will take on South Korea in their inaugural tie of the sixth edition of Asian Champions Trophy Hockey Tournament on October 19 at Sultan Qaboos sports complex.

The six nation tournament is in action from Thursday.

The participating teams are: Pakistan, India, Malaysia,Japan,South Korea and the hosts Oman.

In the round robin phase, all the teams will play against each other.

The top four teams from the round robin stage will then figure in the semifinals with the final scheduled on October 28.