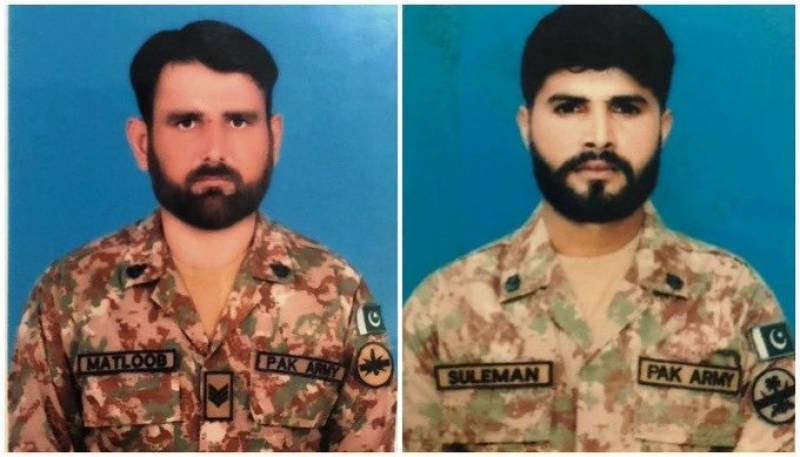 Havaldar Matloob Alam and Sepoy Suleman Shaukat were martyred and another soldier was wounded during the exchange of fire, military's media wing added.

Per the ISPR statement, another unnamed soldier was wounded during the exchange of fire. A clearance operation in the area is currently underway.

Last month, at least six soldiers were martyred in an improvised explosive device (IED) attack on a security forces convoy in North Waziristan.