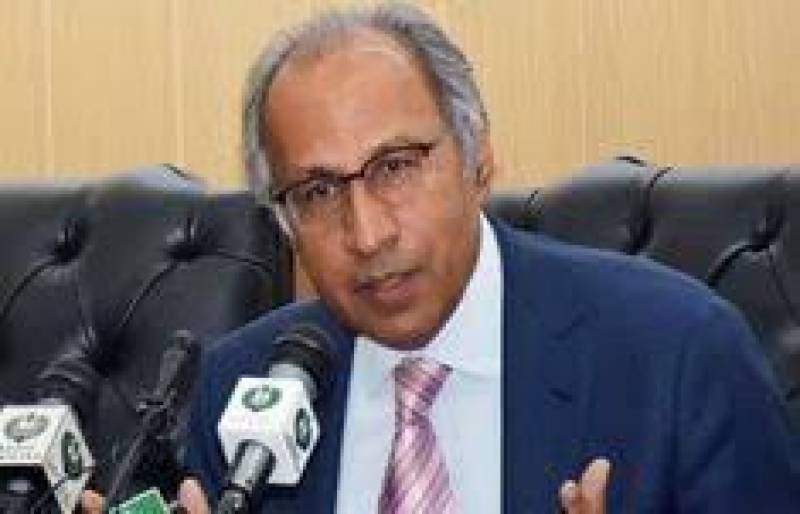 ISLAMABAD: Advisor to the Prime Minister on Finance and Revenue Dr Hafeez Shaikh Monday reiterated the government resolve to eliminate the issue of circular debt by December 2020.

Briefing the leading anchorpersons of electronic media about economic performance of the government in first quarter of the current fiscal year (FY) 2019-20, Hafeez Shaikh said the economy would be further strengthened in coming months and soon the country would achieve economic prosperity.

The advisor informed the anchorpersons about precarious economic situation inherited by the previous government and challenges, the present government was being faced since the inception into power. He highlighted that bilateral agreements with the friendly countries and assistance provided by the IMF helped to ease pressure on the economy.

He added that the International Monetary Fund (IMF) team in its first review had given a very satisfactory report on the economic performance of the government in first quarter of current FY 2019-20. The media persons were informed that the government would utilize all its energies to increase revenue and decrease expenditures in remaining quarters of the current FY.

The advisor reiterated the steps taken in the budget 2019-20 to curtail expenditures and allocation of increased budget for Public Sector Development Programme (PSDP) and poverty alleviation programmes.

The government had granted exemption of tax on exports and decided to provide subsidy on electricity and gas to the export industry in the budget, he said. He said the present government was strengthening the economic institutions of the country to get durable economic results.

He said the institutions’ like State Bank of Pakistan (SBP), Federal Board of Revenue (FBR) and Securities and Exchange Commission of Pakistan (SECP) had been given more autonomy to carry out its official business independently.