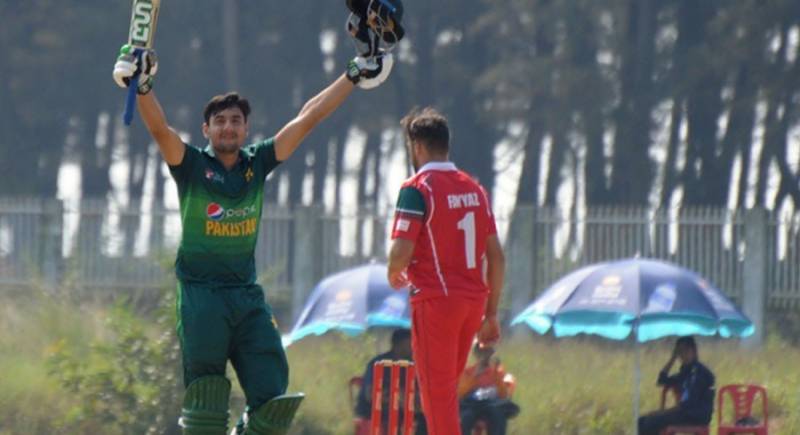 The win also confirmed Pakistan’s place in the tournament’s semi-final, where they will face arch-rivals India. Chasing 320-run target, Oman were never in the hunt as they lost four wickets for 15 runs inside the first six overs. The side got bowled out in the 48th over for 172 runs.

For Oman, Mohammad Nadeem and Sandeep Goud showed some resistance and contributed a 67-run partnership for the fifth-wicket. Nadeem top-scored with 46 off 68 balls, and struck seven fours, while Sandeep scored a 83-ball 41. Late-order batsman Naseem Khushi scored 45 off 53 balls which included three fours and four sixes.

Earlier, Pakistan scored 319 for six in 50 overs after being put into bat. Openers Haider Ali and Omair Bin Yousuf provided a solid start to the innings and scored 67 for the first-wicket.

Today’s victory gave Pakistan an unbeaten record in the tournament having previously beaten Afghanistan by eight wickets and Sri Lanka by 90 runs, respectively.