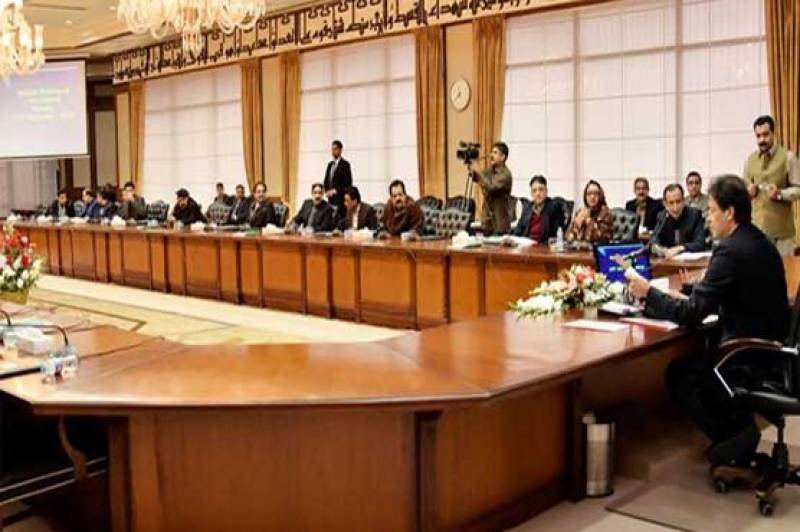 Federal Cabinet, under the supervision of Prime Minister (PM) Imran Khan on Tuesday has deliberated upon the decision of Lahore High Court (LHC) regarding removal of ex-PM Nawaz Sharif’s name from Exit Control List (ECL) and allowing him to travel abroad for medical treatment without submitting indemnity bond.

During the meeting, the participants also discussed ongoing political situation and gave recommendations for the improvement of economic crisis being faced by the country.

The meeting was summoned by PM Imran, directing the legal team of Pakistan Tehreek-e-Insaf (PTI) government to brief the members after deeply analyzing the LHC verdict.

Earlier, while rejecting the objection by federal government on its proposed draft, the LHC had ordered to remove name of former premier from ECL and allowed him to travel abroad to get health treatment for four weeks.

A two-member bench of LHC comprising Justice Ali Baqir Najfi and Justice Sardar Naeem rejected the condition of indemnity bond to be submitted by Nawaz Sharif.