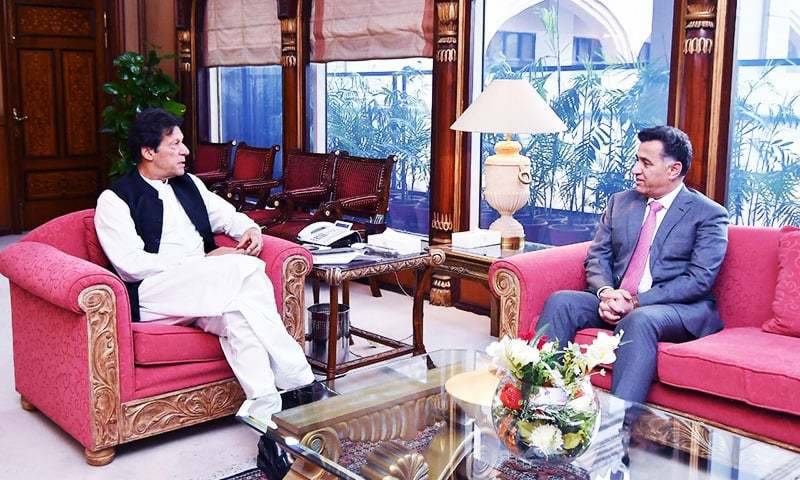 He called on Prime Minister Imran Khan at the PM Office on Tuesday. "Matters pertaining to national security were discussed during the meeting," a brief statement issued by the PM Office said.

While no details from today's meeting were officially released, it comes after a day after — amid speculation that the civil-military relationship is under strain at the moment — the Inter-Services Public Relations (ISPR) chief said the government and the army are “on the same page” and meetings between the prime minister and army chief are necessary for the country’s progress.

*ARY News* said on Monday that Maj Gen Asif Ghafoor, the ISPR director general, told the host of *Off the Record* programme that there was no difference of opinion on the issues of the state with the government.

“The army is supporting a democratically elected government as per the Constitution and there will be no let-up in this as that’s must for progress and prosperity of Pakistan,” the TV channel quoted the ISPR chief as telling the host.