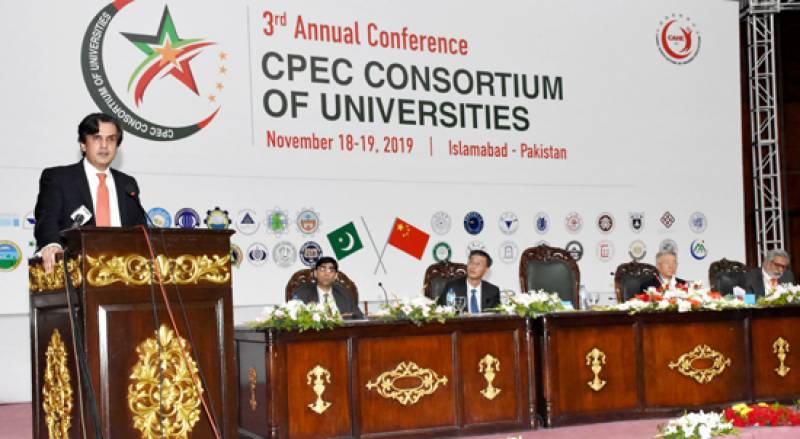 ISLAMABAD - Minister for Planning, Development and Reform Makhdum Khusro Bakhtyar on Monday said that under China Pakistan Economic Corridor’s (CPEC) next phase, the industrial base of the country would be expanded which would help in increasing the country’s exports.

The minister said that China has total trade volume worth $4000 billion with the world; however Pakistan has only $ 80 billion of trade with global market. He was addressing the 3rd annual, two-day conference on CPEC consortium of universities.

The Chinese government has offered 20,000 scholarships for Pakistani students to avail chances of higher education besides financing to build 1000 small schools in different areas of the country.

“We have broaden the cooperation through CPEC, in areas of Socio- Economic Development, agriculture, industries, infrastructure, energy and people to people contact through the universities for enhancing the multilateral relations between the two countries,” he said.

Khusro Bakhtyar said that diagnostics study through concrete research is required for evaluating the different potential sector to harmonize the socio- economic development of the both sides.

He said that academia and industrial sector link would be necessary for filling gaps and connecting the both side to shape the future economic growth.