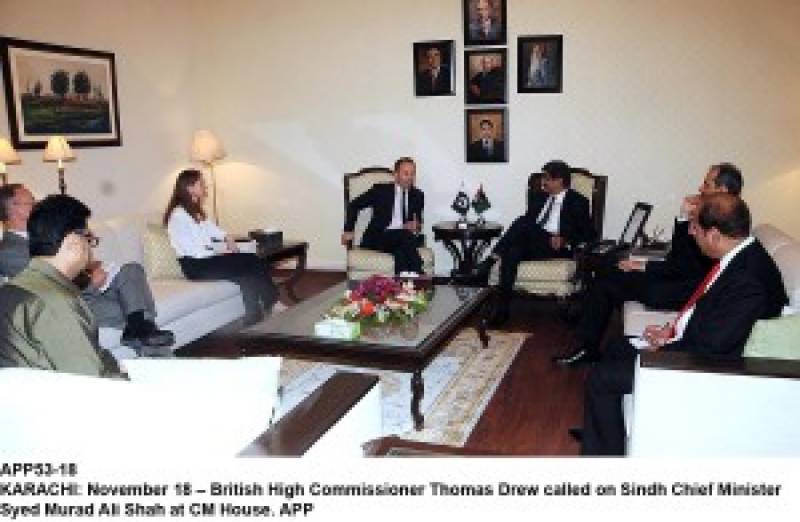 It said that the Envoy visited Karachi on Friday, to hold an introductory meeting with the recently appointed Chief Minister of Sindh Syed Murad Ali Shah.

In his meeting the High Commissioner assured the Chief Minister of the UK's commitment to supporting the Provincial Government in its efforts to enhance peace and prosperity in Sindh.

He expressed his wish to strengthen the bilateral ties between the UK and Pakistan and work with the business community of Karachi to build a relationship based on partnership, trust and shared understanding.

He spoke of the enormous potential resting in Karachi, the world's sixth largest city for the future of Pakistan.

While in Karachi, he also met a range of Sindh-based political leaders and members of the business community.

He visited the Indus Valley School of Art and Architecture where he met with the student body and viewed an art exhibition at the school's gallery.

The British High Commissioner presented awards to the Challenge finalists and commended Prince's Trust International and SEED Ventures for introducing this innovative and exciting entrepreneurship programme in Pakistan.

He hoped such initiatives would play a part in helping the youth of Pakistan carve out a better, more prosperous tomorrow for the country.