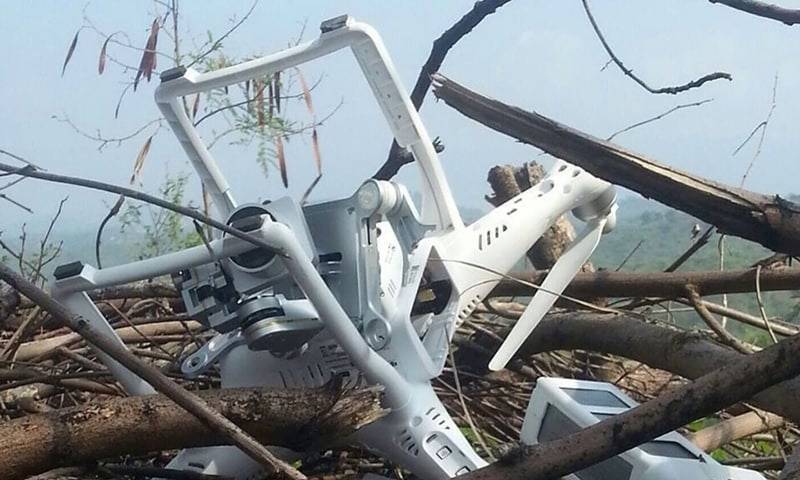 RAWALPINDI, Nov 19 (APP): An Indian quad copter was shot down by Pakistani troops on Saturday on air violation of Pakistani airspace at a post located at Line of Control (LOC).

Confirming the news, Director General Inter Services Public Relation (ISPR) Lt. Gen Asim Saleem Bajwa tweeted that own troops at Agahi Post in Rakhchakri Sector had shot down the Indian air vehicle which had intruded 60 Ms in Pak side of LOC.

The same had fallen near own Agahi Post which was taken over.