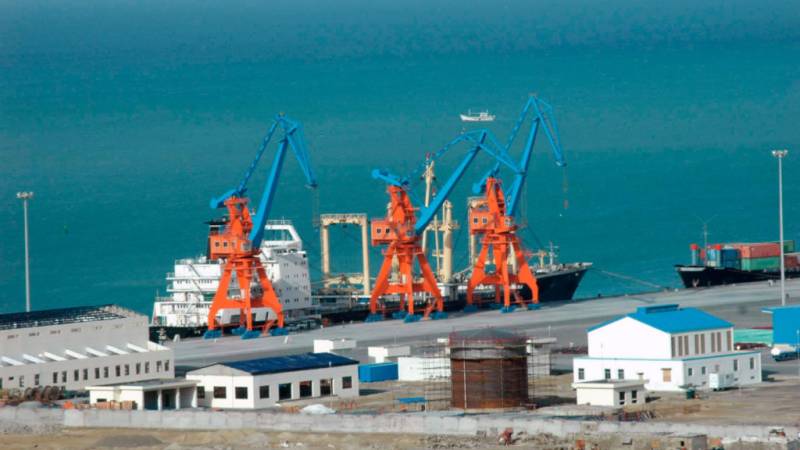 ISLAMABAD (APP): The Price Negotiation Committee (PNC) is in the process to finalize the cost for establishment of a Liquefied Natural Gas (LNG) terminal at the Gwadar deep seaport with the China Petroleum Pipeline (CPP).

"PNC has held several meetings with CPP to negotiate price the for LNG terminal. The final round of price negotiations is expected soon whereafter the recommendations of the PNC will be submitted to the Economic Coordination Committee (ECC) of the cabinet for approval," official sources in the Ministry of Petroleum and Natural Resources told APP.

They said the PNC, constituted by the ECC, comprised Secretaries Ministries of Petroleum and Natural Resources, Finance, Law Division, Board of Investment or his nominee, Managing Directors of Sui Northern Gas Pipelines Limited and Inter State Gas Systems.

The sources informed that PNC and CPP, a Chinese company, also held several meetings to negotiate the contract price for laying a 42-inch diameter pipeline from Gwadar to Nawab Shah, which would have the capacity to handle up to 500 million cubic feet per day (mmcfd) of gas.

Pakistan to award LNG contracts worth billions of dollars to Russia

They said final recommendations of the PNC had been prepared and were being submitted to ECC for approval, adding that PC-I for the 700- kilometer gas pipeline had already been approved by the Central Development Working Party (CDWP) and Executive Committee of the National Economic Council (ECNEC).