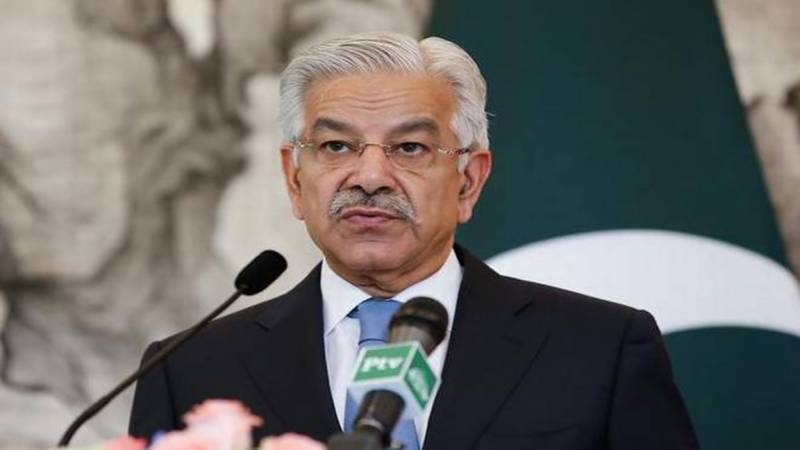 ISLAMABAD:Foreign Minister Khawaja Muhammad Asif has said that the country has been put on the path of progress due to effective policies of the PML-N government.

Talking to party workers and businessmen in Sialkot, he said the incumbent government has successfully overcome energy crisis by initiating different power projects across the country.

The Minister said that efforts are being made to transform Pakistan into a developed country.

He said that PML-N will win next elections due to its performance and mega projects.

Khawaja Asif said the work on Sialkot-Lahore Motorway is in full swing and a new era of development and prosperity will usher in after its completion. APP/AFP