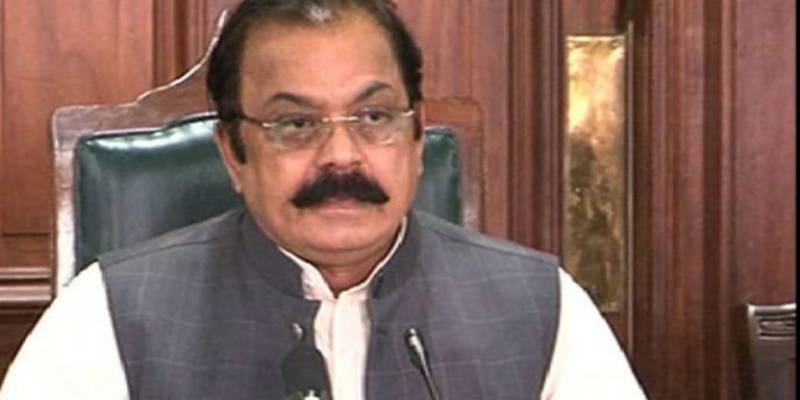 LAHORE: Pakistan Muslim League-Nawaz (PML-N) leader Rana Sanaullah on Tuesday criticised Chaudhry Nisar saying that he is ridiculing his own self by trying to deride PML-N leaders.

Speaking to the media, Sanaullah said that Nisar ‘revealing PML-N secrets’ will not affect the party in any way. He added that Nisar will just ridicule his own self by deriding others, especially PML-N leaders.

Responding to allegations that NADRA Chairman ‘leaked’ data to PML-N to help the party win elections, Sanaullah said that stealing data is Pakistan Tehreek-e-Insaf (PTI)’s trait and they were the ones who stole manuscript of Reham’s book.

He added that if NADRA has leaked data, they will be held accountable, while the ECP report will reveal all facts.

In a possible reference to PTI chairman, Sanaullah said that “being a disciple of agencies will not make you the prime minister since the time when disciples of agencies came to power has gone.”

The ex-law minister Sanaullah confirmed that Nawaz Sharif will return to Pakistan and lead PML-N’s election campaign. He added that the ex-PM will also stop any “non-political forces” that try to derail the election process.