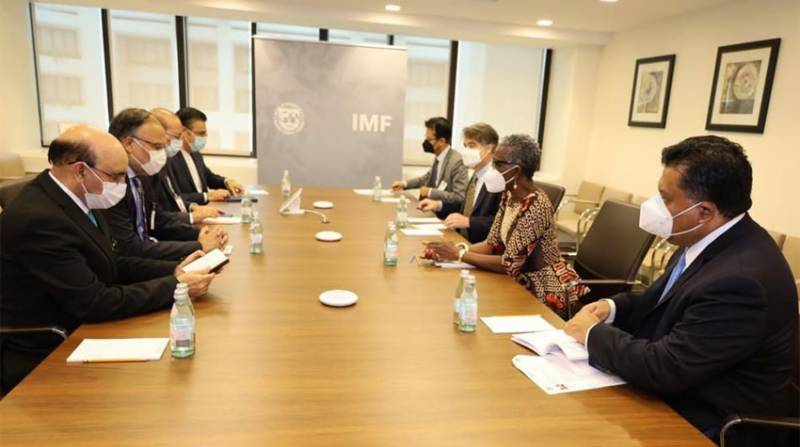 Washington: Pakistan has underscored its continued commitment with the IMF program.

The commitment was expressed by Minister for Planning and Development Ahsan Iqbal during a meeting with IMF's Deputy Managing Director Antoniettee M Sayeh in Washington.

Ahsan Iqbal said the government took difficult decisions as its priority is the economic stability of Pakistan and lead it to socio-economic development.

The Minister expressed confidence that the IMF will give early approval to the Staff Agreement. He also sought the IMF's assistance to the country's agriculture sector especially to mitigate the impact of climate change.

The IMF's Deputy Managing Director assured that the international lender will continue to play its role to assist Pakistan in stabilizing its economy.