China to hit back hard against US with new sanctions
19 Jan, 2021 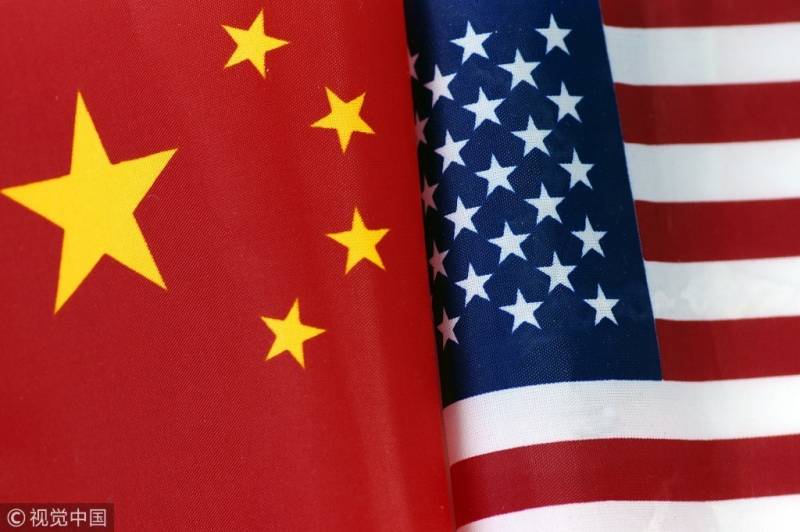 Yesterday, China’s Foreign Ministry spokeswoman Hua Chunying said that US officials who have engaged in “nasty behaviour” over Chinese-claimed Taiwan will face sanctions.

She added that owing to the wrong actions of the United States, China has decided to impose sanctions on responsible US officials who have engaged in nasty behaviour on the Taiwan issue. Earlier, Chinese Mission to the UN threatened that “The United States will pay a heavy price for its wrong action.” While responding to US Ambassador to the UN, Amb. Kelly Craft scheduled visit to Taiwan in the mid of January this year. However, the visit of Kelly Crafts was cancelled by the US administration, while citing the ongoing transition a reason for it.

On 10 November 2020, US Secretary of State Mike Pompeo, lift the restrictions, which bars US officials to interact with their Taiwan counterparts. However, several US higher officials had visited Taipei (Capital of Taiwan), in August- September 2020, well before this move.

Previously, US–Taiwan relations were based on informal ground as per the third communiqué on the establishment of US- Peoples Republic of China relations and on US, Taiwan Relation Act (TRA) 1979. However, the US Congress passed Taiwan Travel Act (TTA) in March 2018, after that relations between the United States and Taiwan have maneuvered to an official and high-level basis. The US government agreed to the sale of 66 F-16 Fighting Falcon Viper (V) Block 70 multirole jet fighter Aircrafts to Taiwan in August 2020.

United States was in steady efforts to develop relations with the Taiwan during last few years. United States do not have a formal diplomatic mission in Taiwan. The US maintains its unofficial relations with Taiwan through its nonprofit private corporation, American Institute in Taiwan (AIT). Taiwan has Taipei Economic and Cultural Representative Offices (TECRO) in twelve cities including US Capital Washington DC. The United States and Taiwan have a trade and investment framework agreement between them. United States and Taiwan have good bilateral trade and investment relations. United States offered full bright scholarships to Taiwan students in its Universities. UN General Assembly passed a resolution 2758 dated 25 Oct 1971, which calls for one china Policy and determined the Peoples Republic of China as the only legitimate representative of China. Therefore, Taiwan cannot maintain diplomatic relations with any Country of the World, nor it has membership of any international organizations including UNO.

Chinese government forcefully rejected all these moves of the United States aimed at instigating Taiwan government to establish official relationship with US and show up its presence at UN forum in any capacity. In mid-2020, US Mission to the UN and Department of State’s Bureau of International Organizations had been insisting Taiwan to share its experience in fighting the coronavirus outbreak if it had a voice in the international bodies such as WHO. China blatantly opposed this US move and categorically declared the Taiwan as its part.

Sino-US relations have worsened as China has already condemned the announcement of easing US relations with Taiwan by US Secretary of State Mike Pompeo in the recent past. China has started responding US moves as tit for tat. Earlier, China imposed sanction on 11 American citizens including US lawmakers when US imposed sanctions on Hong Kong and Chinese officials for curtailing political freedom in the former British colony. This time again it retaliated forcefully and hit back US with sanctions against US officials. China says Taiwan is the most important and sensitive issue in its relationship with the United States. It fiercely responded to the US and similarly demonstrated to Taiwan government in response to Taipei honeymoon with the US by stepping up military activity near the island and flying its fighter jets near Taiwan border. However, US move toward Taiwan is not unintentional but a well calculated strategic policy under the umbrella of US Indo-Pacific Strategy which aims at containing China influence and military might in its circumference. Infect, the coming days will decide success or failure of both adversaries.