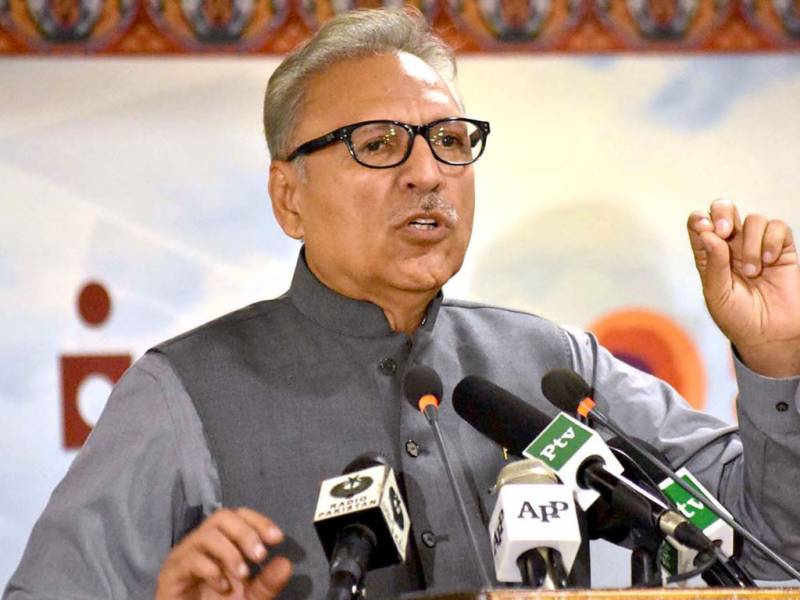 ISLAMABAD: President Dr. Arif Alvi said that shortage of water in the country was a severe issue and stressed the need for taking emergency steps to control the challenge by increasing water reservoirs and adopting sustainable steps for use and conservation of water.

Speaking to concluding session of national consultation workshop regarding drought, organized by National Management Authority, the President said that Pakistan was among the countries confronted with scarcity of water issues. He said that no attention was given in the past to resolve this important issue.

The President said that water issue in Balochistan had reached to an alarming stage and time had come to take emergency steps to resolve it. He said that special attention would have to be paid to control scarcity of water issues in Sindh and Balochistan where several areas were facing drought.

President Alvi said the countries where facility of water storage was available, could confront the challenge of drought, but added that Pakistan’s water storage capacity was shrinking and stressed to remain vigilant in that regard.

The President said there were several accords of water conflicts between various countries and such an accord was also signed between India and Pakistan which reflects the importance of water.

He said it was also a matter of great concern that most of our usable water went into the sea while having no proper sewerage system, the natural resources of rivers and water were becoming polluted. He stressed for better consumption of water and stopping the wastage of this important commodity.

The President said that modern sources and techniques of irrigation would have to be adopted to avoid wastage of water. He also stressed for launching an awareness campaign about the importance of water. Dr. Alvi called for making laws for conservation of water, its careful use and management.

Chairman National Disaster Management Authority, Lt. Gen.(r) Omar Mahmood Hayat, speaking on the occasion, said that Pakistan was among the countries greatly affected due to climate changes and its effects.

Minister for Parliamentary Affairs Ali Muhammad Khan and Minister of State for Climate Change Zartaj Gul were also present on the occasion.