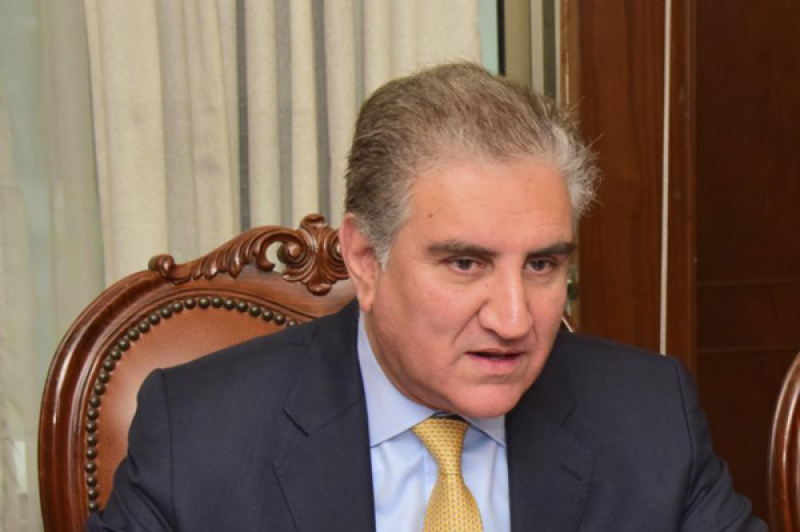 ISLAMABAD - Foreign Minister Shah Mehmood Qureshi on Thursday warned India to refrain from any misadventure at the Line of Control (LoC) or otherwise be prepared for a befitting response.

“In case of any aggression or false flag operation by India, our armed forces are ready to effectively thwart it,” the foreign minister said in a video message shared by his ministry.

Qureshi said Pakistan’s intelligence agencies had noticed extraordinary movement on the other side of LoC, clearly showing India’s nefarious designs.

Terming as ‘highly irresponsible’ the statement of Indian army chief where hinted that situation at LoC could aggravate any time, the Foreign Minister said “we are peaceful nation, but our desire for peace should not be taken as weakness”.

Qureshi asked India not to forget February 27 as he referred to the historic day when Pakistan gunned down two Indian fighter jets on ceasefire violations.

“The entire nation will stand with armed forces and uphold the ideology and geography of Pakistan and Kashmir,” he said.

He said India was trying to divert attention from its recently passed Citizenship Amendment Bill which aimed at marginalizing the minorities particularly Muslims.

The foreign minister recalled his seventh letter sent to UN Security Council chief drawing attention to towards 3,000 LoC violations, 300 casualties including women and children and barbed wired at LoC cut at five points.

He expressed concern over the new deployment of security forces along LoC and installation of Brahmos missiles in Indian occupied Kashmir and the Spike missiles towards Azad Jammu and Kashmir.

From missile tests by India from this August and onwards, he said the obvious pattern showed a situation posing serious threats to regional stability.

The foreign minister mentioned China’s taking up of situation in IoJK and seeking briefing from UN Military Observer Group in India and Pakistan (UNMOGIP) for an independent verification.