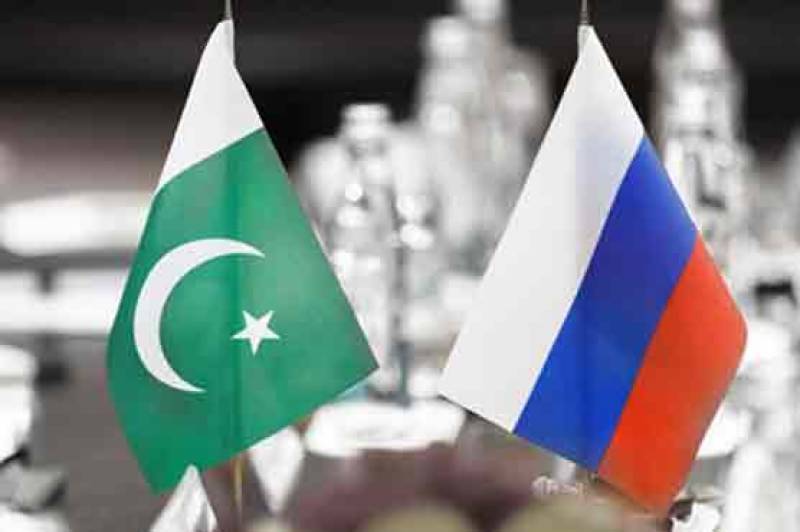 BEIJING – Following a series of high profile visits in the past two weeks, Moscow and Islamabad have upgraded their bilateral ties just as a new government is poised to come into power in Pakistan.

In response, Khan also expressed his keen interest in enhancing ties with Russia, according to an article published by China.org.cn on Saturday. Sharing many objectives, both nations are focused on regional peace and have a similar diplomatic stance on important issues, such as the US decision to abandon the JCPOA nuclear deal with Iran, containing terrorism in Afghanistan to stabilize it for advantageous regional trade and smooth completion of China’s Belt and Road Initiative.

Strengthening Track II diplomacy, encouraging academic and cultural ties, as well as improving people-to-people links are also on the agenda.

Economic ties have improved in the last few years, especially with their largest ever economic deal worth $2 billion in 2015, and developing a 1,100-kilometer gas pipeline from Karachi to Lahore.

Thus, business ties are on an upward trajectory as in the 1970s era when the erstwhile Soviet Union built the Pakistan Steel Mills.

Now, both Russia and Pakistan are part of the Belt and Road Initiative as well as the Shanghai Cooperation Organization and have common economic and strategic regional interests in this region.

Along with the agreed North-South gas pipeline, Russia has plans for a similar Iranian-Pakistani-Indian offshore one worth $10 billion, which could transit across the China Pakistan Economic Corridor and become a parallel energy corridor.

In the future, there are also possibilities for Pakistan to become a member of the Eurasian Development Bank.

Enhancing multi-dimensional ties with Moscow, further incentives are to be provided to Russian companies for investments in the domestic energy sector and efforts will be made to increase the trade volume.

On the military front, removal in 2014 of an arms embargo against Islamabad has been hailed as a milestone in defense ties. Agreeing to sell four Mi-35M helicopters to Pakistan back then, Russia went on to hold the joint exercise “Druzhba” in 2016 and 2017 and the naval exercises “Arabian Monsoon” in 2014 and 2015.

Visiting Islamabad for the first session of the Russian-Pakistani Military Consultative Committee on Defense and Security Issues last week, the Russian Deputy Defense Minister Alexander Fomin met with both the military and political top leadership to discuss bilateral cooperation.

While the two sides shared views on “regional security and the state and prospects of bilateral cooperation in the military and military-technical areas,” ties were further elevated.

A Russian foreign ministry statement said the meeting confirmed a bid to deepen the dialogue and develop contacts in the defense sector. Further possibilities could exist for the sale of more military equipment to Pakistan after these high-level dialogues.

The new agreements between Pakistan and Russia happened to coincide with the recent suspension of a decade-old arrangement for Pakistan Army officers to train at American military institutions such as the NDU.

The International Military Education and Training (IMET) program has been a hallmark of U.S.-Pakistan relations in the past. Even as the U.S. mulled over options to fill the 66 places falling empty in the next academic year, Russia and Pakistan pre-empted that move by agreeing to establish an apparent alternative educational military mechanism.

In retrospect, even the American-Indian strategic partnership may have set off the chain reaction of altered South Asian power dynamics of recent years.

Having the potential to bring non-traditional countries together in a different paradigm, foreign relations do have a ripple effect.

Even a decade ago, such a Russia-Pakistan equation might have been considered an unlikely prospect. Upgrading relations has been an ongoing process based on mutual benefits and on a solid footing, it is not transitory phenomenon.

Undoubtedly, a positive development in the complicated geopolitics of this region, Russia-Pakistan ties are essential for stability and have great value. Leaving the Cold War era behind, both countries have converging interests in Afghanistan and maintaining the peace there remains top priority.

Though both countries had been on opposite sides of the fence since the last few decades, this improvement in their ties proves that there are no permanent friends and enemies in geopolitics. - APP