Turkish FM to meet US counterpart in Washington
18 Nov, 2018 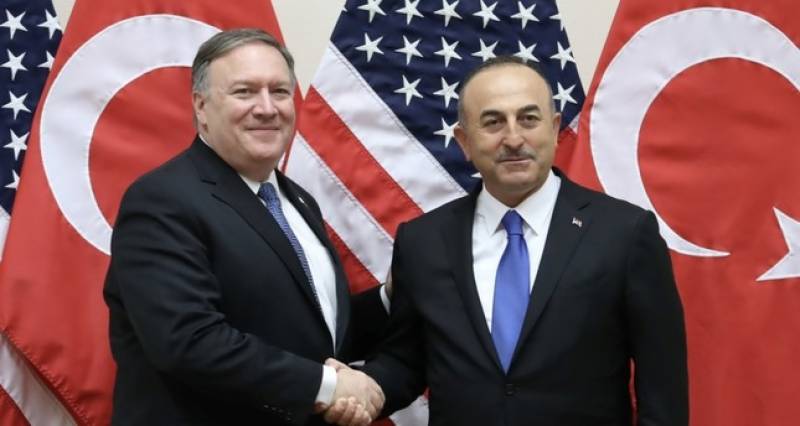 NEW YORK: Turkish Foreign Mnister Mevlut Cavusoglu said he will hold talks with his US. counterpart Mike Pompeo on Tuesday in Washington to discuss the ties between the two countries "broadly".

The minister arrived New York on Saturday to attend the 8th Global Forum of the United Nations Alliance of Civilizations (UNAOC) on partnerships for prevention and sustaining peace. It will be held at the UN headquarters on Monday and Tuesday.

The visit is first from Turkish side after the release of jailed pastor Andrew Brunson, which caused a tension in relations between the two NATO allies.

Cavusoglu said the tensed relations were not only limited to Brunson issue.

"There were two subjects that tensed the relations. One of them is the US support for YPG/PKK," said the minister.

Turning to Manbij roadmap agreed by the two countries in northern Syria, Cavusoglu said it was not just limited to Manbij but includes the east of Euphrates River occupied by YPG/PKK terror group.

He said liberating the area from the terror group was part of Manbij roadmap.

The Manbij deal between Ankara and Washington focuses on the withdrawal of YPG/PKK terrorists from the city to stabilize the region, which is in the northeast of northern Syria's Aleppo province.

Cavusoglu said Washington also failed to fulfill Turkey's request for extradition of the US-based Fetullah Terrorist Organization (FETO) leader in the wake of July 15, 2016 coup attempt, calling it the second issue between the two countries.

"This has been a serious cause of tension" said Cavusoglu, asserting that Turkey is not "one hundred but one thousand percent” right in both the issues.

He said FBI recently has begun "inclusive investigations" into the FETO breaches of the U.S. laws.

The agency started to see how this organization trespassed the laws, defrauded the American banks and evaded tax, said the minister.

FETO and its US-based ringleader Fetullah Gulen orchestrated the defeated coup on July 15, 2016, which left 251 people martyred and nearly 2,200 injured.

Ankara also accuses FETO of being behind a long-running campaign to overthrow the state through the infiltration of Turkish institutions, particularly the military, police, and judiciary.